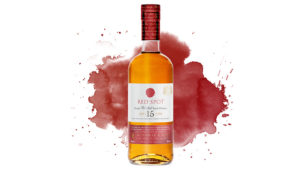 Pernod Ricard-owned spirits maker Irish Distillers (ID) has added a super-premium whiskey to its portfolio in the run-up to Christmas.

The Red Spot Single Pot Still Irish Whiskey, which retails at €115 (£101), is based on a recipe handed down by the Mitchell & Son family of wine merchants, the creators of the original Spot Whiskeys range in the early 1900s.

The Mitchell family “worked closely” with the craftsmen from Midleton Distillery throughout the collaboration, according to ID. It has been matured for 15 years in a combination of casks pre-seasoned with Bourbon, Oloroso Sherry and Marsala.

Marsala fortified wine casks were procured from Sicily in the early 2000s and then, in 2004, were filled with a five-year-old Bourbon matured single pot still Irish whiskey. 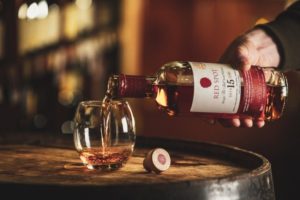 The whiskey is currently available in Ireland, but Irish Distillers plans to roll the product out in the USA, UK, France and in global travel retail from 2019.

Kevin O’Gorman, Master of Maturation at Midleton Distillery, commented: “It has been a pleasure and a privilege to work with the Mitchell family on the re-imagination of Red Spot and bring a piece of Dublin’s rich whiskey history back to life. It has been 50 years since the world last saw Red Spot and whiskey enthusiasts have long awaited its return – this is a bold whiskey that packs a punch, has incredibly rich flavours and an extra-long infusion of fruits and spices on the finish that provides a truly unique and colourful ending. We’re delighted to be able to offer this lost, but not forgotten whiskey, once again, and look forward to one day completing the full Spot Whiskeys range.”