By Newsroom on November 8, 2017Comments Off on Popular Facebook Food Page Gets Its Own Food Delivery Service 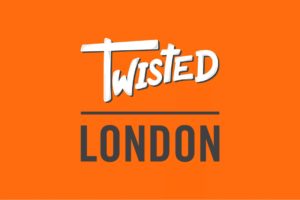 A popular Facebook video publisher is making a move different to many social-based publishers with the launch of a delivery-only food service hosted through Facebook.

One of the world’s most viewed media properties in the world, Jungle Creations, will launch Twisted London on 13 November. Not many would’ve heard of Jungle Creations but it’s the company behind Viral Thread – which recently rebranded as VT – and Twisted for food.

Now, to build on the success of its Twisted page, will launch its standalone spinoff, Twisted London. The delivery service, which will be made possible through partnerships with Deliveroo and UberEats, will deliver within a two-mile radius of the company’s East London office.

“Too often, we’re not respected enough in terms of the power we have on our audience because we don’t have a magazine, newspaper or TV show,” Jamie Bolding, Jungle Creations CEO, told Digiday. “[Twisted London] is to make us a serious brand in the food space by delivering real-life experiences to people.”

The social food outlet will have over 30 recipes on its menu, each of which will get their own video on the Facebook page with a link in the comments to order through. Hungry souls in and around the East London area can expect to receive their meal within 30 minutes, according to the Jungle.

Every three weeks, Twisted London will release videos of new dishes that can be voted on, via Facebook and Instagram, to be added to the menu.

Popular Facebook Food Page Gets Its Own Food Delivery Service added by Newsroom on November 8, 2017
View all posts by Newsroom →