By Newsroom on October 18, 2016Comments Off on Red Robin Gourmet Burgers and Brews Launches New National Brand Campaign in the US

Red Robin Gourmet Burgers and Brews launches a national brand campaign that celebrates the burger experience. With the launch of the new campaign, Red Robin aims to position the burger as a sharing and bonding opportunity and something everyone can rally around. The campaign focuses on the joy of “burgering” and the concept that burgers are more than just something people eat, rather something people do, a verb and action. This bonding experience among friends has been a part of American food culture and is the focus of Red Robin’s latest brand campaign. 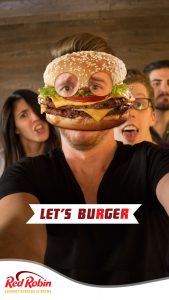 The marketing campaign, designed by Red Robin’s creative AOR, KBS, is titled, “Let’s Burger” and aims to set the brand apart from others in the industry. The integrated campaign will come to life through TV, digital video and social media, expanding appeal to burger lovers of all ages. In addition to showcasing Red Robin’s signature burgers, it will reinforce the restaurant as a fun environment welcoming to all guests.

“As the Gourmet Burger Authority, we are immersed in burger culture every day and we offer our guests a craveable menu featuring more than 24 burger variations,” said Jonathan Muhtar, senior vice president and chief marketing officer at Red Robin. “We are excited to debut our ‘Let’s Burger’ campaign and elevate Red Robin further as the Gourmet Burger Authority. The Red Robin experience goes far beyond the burger itself. It’s about inviting people to let go, lean in, and take their time enjoying the things that make Red Robin unique.” 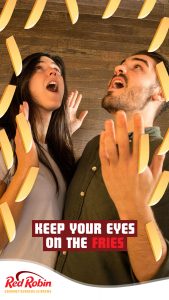 “The campaign gives Red Robin an ownable voice that opens the door for conversation and participation — and changes the burger from something you eat, into something you do,” said KBS Creative  Director/Copywriter Deb Maltzman. Angela Denise, KBS Creative Director/Art Director, added, “We want to surprise people with everything we put out there, and keep them wondering, ‘What’s Red Robin going to do next?'”

The campaign will include TV and digital video, including a :30 launch video and a :15 spot dedicated to Red Robin’s Tavern menu. Additionally, Red Robin is partnering with satirical newspaper, The Onion to launch its new website, The Onion Ring, a hilarious take on the American burger culture. 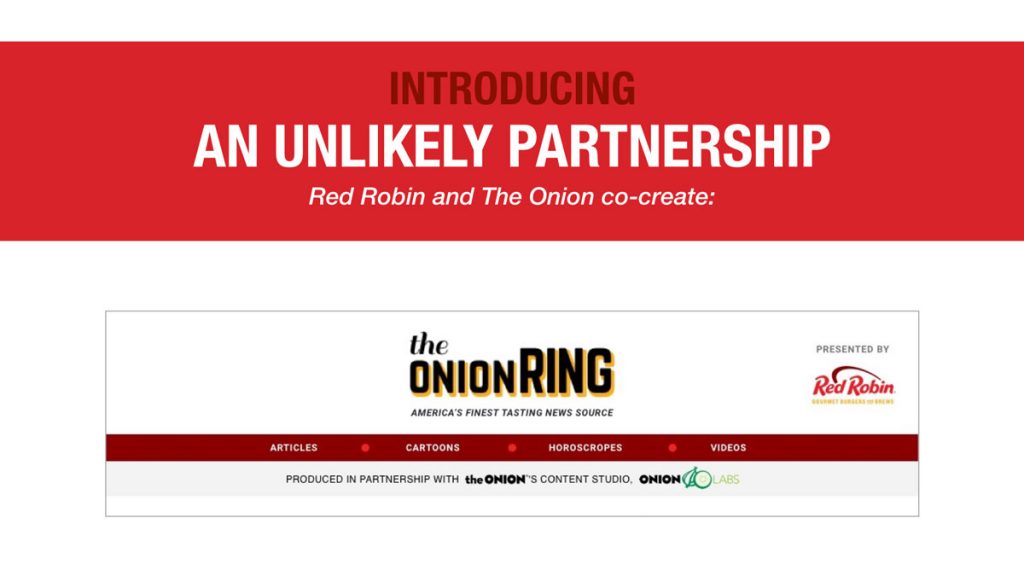 Red Robin Gourmet Burgers and Brews Launches New National Brand Campaign in the US added by Newsroom on October 18, 2016
View all posts by Newsroom →