By Newsroom on January 10, 2017Comments Off on Sand Creative Unveil New Branding for Cyrano Armagnac 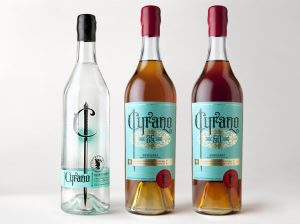 Armagnac is the oldest brandy in France. It is a grape-based spirit with a 700 year old history. It is produced in the region it’s named after – Armagnac, in Gascony, Southwest France.

“We created the brand identity and packaging for Cyrano Armagnac, inspired by the legend of Cyrano de Bergerac. The famous french play written in 1897 by Edmond Rostand is based on the real life character from 17th century France,” relieved Sand Creative on their website. 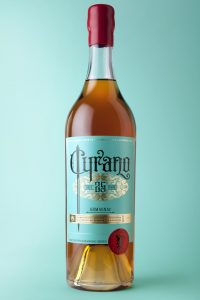 “Cyrano, is a soldier and a poet and is in love with Roxane, but he is too ashamed to admit it because of his big nose. When a Gascon cadet, Christian, falls for Roxane, he asks for Cyrano’s help in sharing his feelings. Cyrano writes love letters signed with Christian’s name, and Roxane doesn’t realise that it’s Cyrano’s words she falls for. She marries Christian, and Cyrano continues to keep the other mans secret, even after tragedy strikes.”

Cyrano de Bergerac is shown on the red seal facing away from us hiding his nose but still with a wry smile on his face.
​
The Cyrano range includes not only the 25 and 50 year old blends , but a younger clear, fresh and fruity Armagnac called Roxane, that is perfect for a bartenders armoury of spirits for their cocktails.

“We positioned Cyrano Roxane as a distinctly separate offering to the aged Armagnacs, but with a clear and strongly branded link,” added the Design Studio.