By Newsroom on January 9, 2018Comments Off on Seafood Brand Pescanova Swapped the King’s Speech for Queens on Christmas

On Christmas Eve, for the past 42 years, the King of Spain has issued a traditional Christmas message on national television. Last year 12,421,000 viewers tuned in. 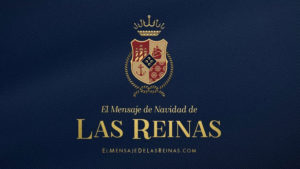 Over the years, the message has mainly consisted of overcoming obstacles, being grateful, having hope and looking forward to a better future, but rarely does it tackle some more difficult issues.

For Christmas 2017, seafood brand Pescanova and creative agency LOLA MullenLowe, decided to take advantage of the tradition to launch their campaign ‘The Queen’s Message‘.

Instead of just providing a key ingredient for the festivities, the seafood brand went a step further, firmly placing itself within the equality discourse and giving a voice in favour of women and their role in society. 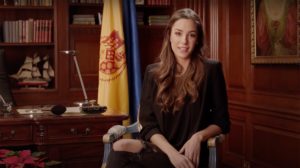 For the first time in 42 years, there will be a Christmas message not given by the king, but by many women who will have the opportunity to transmit their thoughts for 2018 to be a more equality driven year.

The campaign consisted of 15 10-second spots featuring 15 real women. It seeks to empower and inspire women, raise awareness and sensitise men. In short, to drive a conversation and ultimately help achieve equality.

Seafood Brand Pescanova Swapped the King’s Speech for Queens on Christmas added by Newsroom on January 9, 2018
View all posts by Newsroom →