Shoppers in Manchester Ask ‘Who Says No To Mentos?’

By Newsroom on December 17, 2015Comments Off on Shoppers in Manchester Ask ‘Who Says No To Mentos?’ 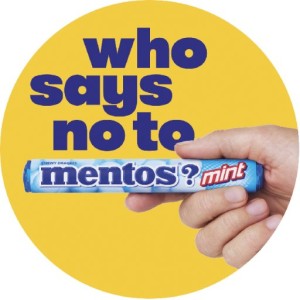 Following the success of its launch in Birmingham, Mentos, the UK’s fastest growing mint brand is bringing its outstanding ‘Who Says No to Mentos’ campaign to Manchester. Running until 3rd January, this exciting activation ranges from sampling to large-scale branding across the city.

The activity kicks off this week, and residents of Manchester will be able to see extensive branding across phone boxes in key high street locations, city-centre buses and large-format digital screens. From 21st to 23rd December, Christmas shoppers will also have the opportunity to create a short animated film to share on social media, and then star in their own billboard advert right in the heart of the city. 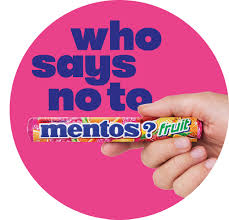 Passers-by will be invited to use one of the interactive booths to create their own GIF, a selection of which will be featured on The Printworks screens, further cementing Mentos’ position as the brand that brings people together.

Mentos Brand Manager Claire Powley says: “As the UK’s second most populated city, with approximately 3,500 independent stores, Manchester was the perfect place to continue our outdoor activity. We saw strong engagement from shoppers in Birmingham earlier this month and we are looking forward to bringing the same excitement to Manchester. With this significant investment in large-scale advertising at The Printworks, we provide Manchester shoppers with a totally unique experience. So far this campaign has been a big boost to the brand, and we are confident that it will keep encouraging more and more customers to seek out Mentos.”

Shoppers in Manchester Ask ‘Who Says No To Mentos?’ added by Newsroom on December 17, 2015
View all posts by Newsroom →