By Newsroom on May 8, 2014Comments Off on #ShowUsYourSip for the Chance to Win Free Tea for 25 Years at McAlister’s Deli

McAlister’s Deli, a leading fast casual restaurant in the US, announced its #ShowUsYourSip contest in which one fan will win free McAlister’s Famous Sweet Tea for 25 years. 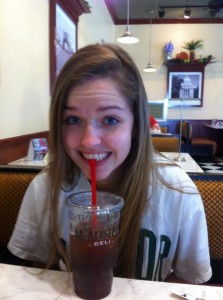 “Everyone has their own way of enjoying McAlister’s Famous Sweet Tea, delicious flavored teas and our lemonades. So whether it’s a sip, chug or gulp, we want to see their sipping expertise!” said McAlister’s Deli Chief Marketing Officer Donna Josephson.

“Our ‘Show Us Your Sip’ promotion is a fun way to engage with our loyal Tea Freaks. We are excited to reward one grand prize winner the ultimate prize — one free tea every week for the next 25 years.”

Now through June 13, 2014, guests can snap a picture or short video of how they enjoy their McAlister’s Famous Sweet Tea™ and post on Twitter, Instagram or Vine using the hashtag #ShowUsYourSip for a chance to win. (Users’ accounts must be public to enter. All entries submitted on Vine must also be shared via Twitter to be considered.) Photo entries can also be shared on McAlister’s Facebook page or website. 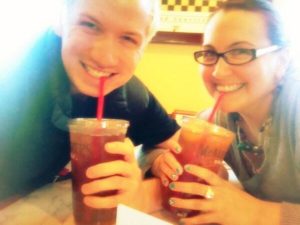 Fans can view submitted pictures and videos from Tea Freaks around the country in a gallery that will be featured here. McAlister’s will select one grand prize-winning photo or video that shows the brand and how the winner sips his or her tea in the most unique and creative way.

FastCasual.com also ranked the brand No. 2 on its “Top 100 Movers and Shakers” list of 2013 and named McAlister’s President and CEO Frank Paci one of the “Top 20 People” in the industry to watch.

#ShowUsYourSip for the Chance to Win Free Tea for 25 Years at McAlister’s Deli added by Newsroom on May 8, 2014
View all posts by Newsroom →