By Newsroom on December 17, 2015Comments Off on Smint Targets Scots with Latest TV Sponsorship 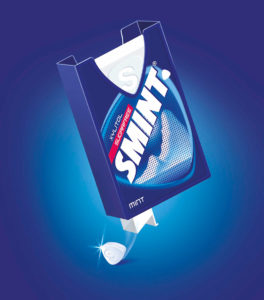 Smint, the UK’s fastest growing sugar-free mint brand, is launching a new TV sponsorship to boost awareness and drive sales in Scotland in the run up to Hogmanay.

Partnering with STV, which holds the Channel 3 licences for central and north Scotland, Smint will launch a series of 10” and 20” sponsorship credits between the 29th December and 4th January, effectively taking over the channel’s biggest event and entertainments shows, soaps, dramas and festive specials. Estimated to reach 3.6 million people, it will also be supported by a regional PR and radio campaign to reach an even greater proportion of Scots during the countdown to 2016.

Smint launched its new £1 PMP SKU in October 2015 with the objective of increasing distribution amongst independent retailers, and across the entire UK. The brand has now dedicated even further investment, to drive greater awareness amongst its target audience, and bring to life the benefits of the handy pack of mints that ensures everyone is ‘fresh to impress’ on the most important night of the year.

Product Manager at Smint Shankar Iyer comments, “Scotland is a very significant region for Smint, and this campaign highlights just how willing we are to invest, and grow our reputation. Hogmanay is without a doubt one of the most exciting nights of the Scottish calendar that young people look forward to celebrating. The advertising and PR campaign will further position Smint as a must-have for any social gathering.”

Head of Sponsorship at STV Debbie Robinson comments, “We are delighted to be partnering with Smint this Hogmanay. Hogmanay is a huge night of celebration and Smint Scottish themed creative will really resonate with viewers across Scotland.”