By Newsroom on July 3, 2017Comments Off on Space Launch New Social Campaign to Mark Lanson’s 40th Year at Wimbledon

French luxury Champagne house, Lanson, has launched a new campaign, called “Celebrating 40 years of Champions”. The campaign pays tribute to the brand’s 40-year association with The Championships, Wimbledon, telling the story of how 1977 was the perfect start to an iconic partnership, and a toast to the next 40 years. 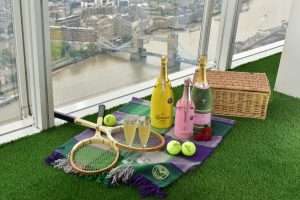 The campaign, created by Space, uses vintage footage from the Wimbledon archives to showcase the evolution of the crowd, fashions and The Championships itself over the past four decades, while one of Britain’s greatest tennis players – Virginia Wade – narrates a teaser film designed to build excitement for the main film.

At the heart of the campaign is a 90 second film which will be featured on Wimbledon’s digital channels and in the famous Queue, with a series of shorter edits, memes and boomerangs being seeded on Lanson’s social media channels throughout the Fortnight.

The campaign’s aim is to help Lanson bring to life the anniversary of their partnership and communicate their ‘Perfect Start’ platform, creating content that will draw in a millennial audience. 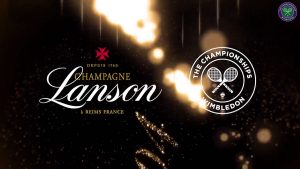 David Atkinson, managing director at Space, commented: “Space were delighted to be engaged by Lanson to help celebrate their iconic partnership with The Championships, Wimbledon. Our creative takes a different perspective on the past 40 years, looking at not just the famous moments on court, but the changing fashions, the weather and the Centre Court crowds. The fun and unique approach we’ve taken will resonate with the all-important millennial audience, and tell them the story of what is an iconic brand and partnership.”