By Newsroom on October 25, 2016Comments Off on Space Unveils New Global TV Campaign For Glenfiddich

The brand’s latest range combines Glenfiddich’s passion for pushing Scotch whisky boundaries and collaborating with trailblazers beyond the world of whisky to unlock new drinking experiences.

The 60-second TV ad (above), developed by creative agency Space, aims to attract a new generation of whisky drinkers around the world. The film will support one of the first expressions in the range, the Glenfiddich IPA Experiment, the world’s first single malt whisky finished in India Pale Ale (IPA) casks. 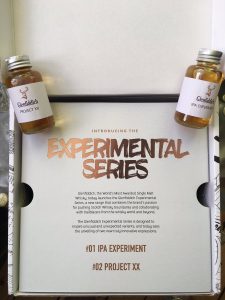 The creative concept behind the film, “The Experimental Series”, explores the extremes of human intellect through a series of scenarios including the first sparks of love, the carelessness with which we sometimes treat the planet, and the positivity that results from fostering our curious nature.

These vignettes eventually focus in on mastery and creativity, reflecting the guiding principle behind the new products: only by mastering our art do we earn the right to truly experiment. The film’s stark imagery, bold visual style and intense rhythmic soundtrack further demonstrate how Glenfiddich is re-writing the whisky rulebook with this new range.

The film will launch online on 25th October, before its first TV debut on Sky in the UK on 8th November during Sky Atlantic’s Westworld. Key markets in Europe, Asia and America will follow over the next six months with the film appearing across TV, cinema and digital.

The new ad acts as the centre piece of a 360 communications plan for the Glenfiddich Experimental Series that includes social media, shopper, PR, experiential and on-trade activation, which is being rolled out globally.

The Glenfiddich IPA Experiment is the first in the series which will include a number of unexpected variants over time. 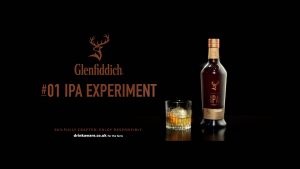 Jason Nicholas, Managing Partner, Space said: “The Glenfiddich Experimental Series is a rare chance to work on a launch that really redefines a category. It has been a privilege and an honour to work on such an ambitious brief and with a client brave enough to break convention in whisky advertising.”

Space worked with Academy Films and director Ben Tricklebank for the ad. Tricklebank has previously directed TV commercials for Mini and Sony Bravia, a social media controlled documentary for PlayStation’s Gran Turismo 6 and has had an art installation showcased at London’s Barbican Centre.

The debut TV commercial for Glenfiddich follows Space’s earlier work in 2016 on the brand which included two films created to showcase the disruptive serves which accompany the Glenfiddich Experimental Series, and an ambitious virtual reality distillery tour entitled “Journey into the Mind of the Malt Master”, which used untested production techniques.