By Newsroom on June 8, 2018Comments Off on Speight’s Helps Mates Say ‘Cheers’ in New Innovative Campaign by DDB New Zealand 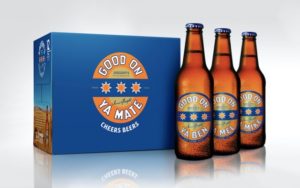 This second phase of the campaign is a fresh take on recognising the lengths mates go to for one another, allowing mates to personally say ‘cheers’ to that good sort in their life with a thoughtful box of 12 Speight’s Gold Medal Ales.

A dedicated campaign microsite allows punters to dynamically edit Speight’s iconic blue and gold label, putting their mate’s name front and centre, along with a personalised message of thanks. Their customised pack of Speight’s will then be delivered to the recipient of their choice. In the short time the campaign has been live, more than 2,000 orders have been placed by mates across the country. 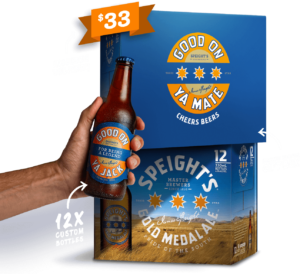 “I think this is a fantastic example of an idea which the true brand loyalists will love, and then they’ll share it with their mates,” says Kidd. “We’ve already seen some great examples doing the rounds on social of some really thoughtful (and funny) labels that people have made for their mates.”

Bradnick said: “It’s a great example that when you have fluent brand assets like “Good on Ya Mate”, Speight’s connection with mateship, and even Speight’s iconic blue and gold label, the executions that can flow off the back of that and the opportunities for effective creativity are endless. It’s also something that only makes sense when you have built an iconic, famous brand like Speight’s, and cemented those positive brand associations that go along with that. A consumer isn’t going to want to engage on this sort of personal level with just any brand. Kiwis are actively engaged in the Speight’s story, and the early success of this campaign demonstrates that.”