By Newsroom on March 29, 2016Comments Off on Spencer Buck Named Packaging & Design Jury Chair For The FAB Awards 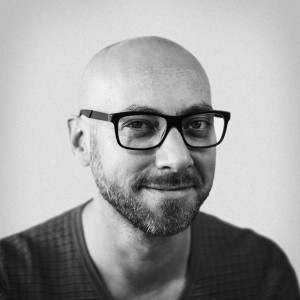 A week after naming Google’s Craig Morgan as the Advertising and Innovations Jury Chair for The 18th FAB Awards, the International Food and Beverage Creative Excellence Awards are pleased to announce that Taxi Studio’s Spencer Buck will be 2016’s Packaging & Design Jury Chair.

“For the past 17 years the FAB Awards has represented the very best Food & Beverage creative work in the world – I feel extremely honoured to be invited to the party as a jury chairman for FAB’s 18th birthday celebrations,” commented Spencer.

Spencer is Taxi Studio’s maverick co-founder. With extensive cross-category experience, requests to speak at creative and client events, and over 150 creative awards to his name, it came as little surprise that the Drum Designerati recognised him as one of the UK’s most inspiring and influential designers in the UK for the past two years.

Along with being a brand custodian for global beer giant Carlsberg, Spencer looks after much of Taxi’s creative output. Non-conformist by nature, among his most daring creations to date was the 2012 self-promotional stunt he pulled on Brunel’s Clifton Suspension Bridge, which earned Taxi Studio international notoriety and several gold awards for creativity. (It nearly earned imprisonment for Spencer too, but thankfully Bristol City Council didn’t press charges.)

Along with two talented eyes for creativity, Spencer has an affinity with strategic thinking and a wealth of brand knowledge only rivalled by his ability to rewrite the rules. Proud owner of an unlimited imagination, he funnels his novel thinking into writing children’s books whenever he isn’t thinking up Taxi’s next (semi-illegal) activity.

The Awards are traditionally judged in April and culminate in a grand ceremony at London’s Hurlingham Club in May.