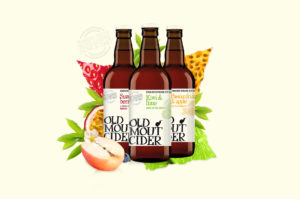 Heineken has furthered its long-standing relationship with St Luke’s expanding the account to include Old Mout Cider which is to launch in the UK as a rival to Kopparberg and Rekorderlig.

A £3m launch campaign will introduce the brand to the market with activity to include OOH, print and digital. The national launch on 5 May aims to raise awareness of the new brand amongst the fruit cider drinkers, a defined and growing market segment in the UK.

“The creative abilities that St Luke’s have consistently demonstrated in their work for Britain’s leading cider brand Strongbow show they are the right partner to bring Old Mout to life for UK drinkers.”

St Luke’s has worked with Heineken on the Strongbow brand since 2005.