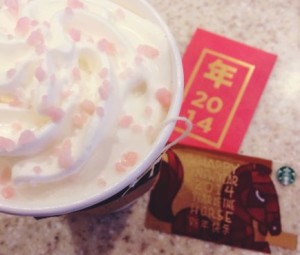 “Creating moments of connection is the hallmark of the Starbucks Experience. With beverages like the new handcrafted Blossoming Peach Tea Latte, we’re excited to connect our customers with global experiences in a way that is customized for Canadian tastes. It’s Starbucks Canada’s homage to Chinese New Year and this year we’re proud to bring this to Canada’s largest cities and Starbucks largest Canadian markets.”

Peach Blossom is a traditional flower in China and a symbol of beauty, love and longevity. A popular Chinese New Year celebratory beverage in Starbucks China stores since 2008 made with black tea, Starbucks Canada’s interpretation caters to the country’s palate. The beverage begins with mellow and soothing Earl Grey tea and the delicate aroma of peach, combined with the richness of freshly steamed milk, topped with whipped cream and peach blossom sugar crystals. 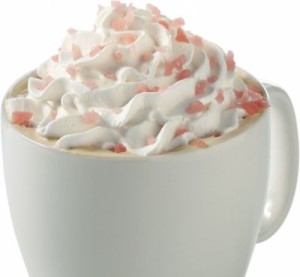 The Greater Toronto and Greater Vancouver areas are the first cities in North America to offer the Starbucks Blossoming Peach Tea Latte, which will be available for a limited time in participating stores starting today until February 16 while quantities last.

Starbucks has also launched a 2014 Chinese New Year Starbucks Card available in participating Starbucks stores across Canada and as an eGift online. The Starbucks Card celebrates the joyfulness and self-reliance of the horse, this year’s honored animal of the Lunar New Year.