By Newsroom on July 4, 2013Comments Off on Strawberries Facing Stiff Competition at Wimbledon 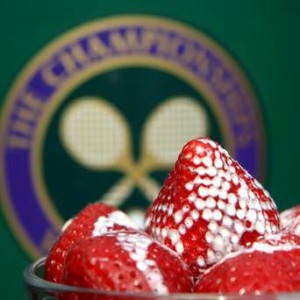 For years it has been synonymous with the quintessential English favourite, strawberries and cream.

But this year chefs have noticed an astonishing surge in demand for something rather less traditional on the Wimbledon menus – pizza.

Tennis fans have been snapping up the Italian staple since the Championships opened and caterers predict the comfort food will become even more popular if the wet weather continues.

Restaurants dotted around the All England Club have sold around 4,500 pizzas each day since Monday – up on an average of 3,800 last year – and pepperoni appears to be the most popular choice, making up 70% of those sold.

Head of catering Jonathan Parker, 44, said the spike in demand surprised his team which now provides ever more healthy options, such as frozen yoghurt and gluten-free meals.

Caterers have also remarked on a dramatic spike in the popularity of speciality coffees.

Wimbledon-goers now slurp around 6,000 cappuccinos and lattes per day – 2,000 more than last year.

“The interesting trend so far this year is that people are wanting the less healthy things,” Mr Parker said.

“We have sold a lot of pizza which became quite big last year but has got even bigger this year.

“To go up by around 700 a day is really quite surprising.” 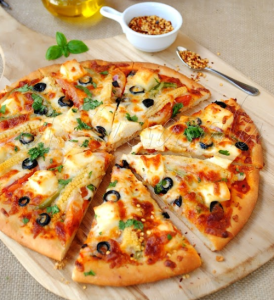 Another new trend this year is the desire for spritzers, introduced by sponsor Jacob’s Creek.

The ground’s bars are expected to sell some 50,000 bottles during the tournament and caters believe demand for spritzers could result in a dip in sales of Pimm’s.

“It is nice to see people wandering around with a new drink and this is the first time we’ve done it.

Chefs at Wimbledon have made a few new additions to the menus for 2013. This includes strawberries and cream-flavoured popcorn and a spicy chorizo sausage.

But despite the changes, traditional bowls of strawberries still remain as popular as ever and around 8,615 punnets of the summer fruit are consumed daily.

Strawberries Facing Stiff Competition at Wimbledon added by Newsroom on July 4, 2013
View all posts by Newsroom →