By Newsroom on January 30, 2018Comments Off on Tech Firm Launches Idea Beer to Get Creative Juices Flowing 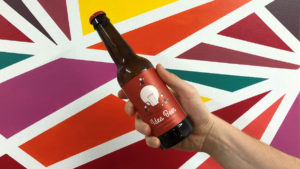 A London-based tech company are hoping to inspire creativity in the workplace and innovation in the sector by launching their own limited edition ‘Idea Beer’.

Sideways 6 is a Shoreditch-based tech firm helping large organisations to collect, manage and act on employee ideas, insight and feedback. Often called ‘idea management’ or ‘innovation management’, the aim is simple: to help its clients build better companies with more engaged employees and happier customers. As a company all about ideas and innovation, they are launching their ‘Idea Beer’ to promote creativity in the workplace.

The beer was brewed by the Sideways 6 team at London Beer Labs, and labelled back in the tech company’s office, with a humorous label urging consumers to ‘Innovate Responsibly’. The limited production run will be offered to clients and partners in the hope it will get their creative juices – and not just the beer – flowing.

Will Read, founder and CEO of the tech company, said: “Creating our own Sideways 6 ‘Idea Beer’ is a light-hearted way for us to show that as a company we stand for innovation in all its forms.” 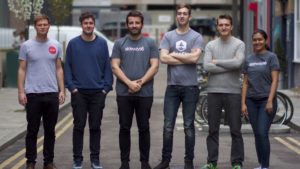 Producing their own-brand beer is not just a bit of fun; there is some science behind it, too. Along with endorsements of alcohol’s creative potential from famous authors such as Ernest Hemingway, F. Scott Fitzgerald and Tennessee Williams, numerous studies have found clear links between alcohol consumption and improved creativity, something Will is keen to highlight.

Will said,  “Our ‘Idea Beer’ isn’t just a gimmick. The science linking higher levels of creativity with moderate alcohol consumption shows that great ideas sometimes come from the least expected places – and that is what Sideways 6 is all about.”

The innovative company are also now in the process of developing their own coffee, in light of further studies linking the caffeine beverage to improved work quality and performance.

Will added, “We know great ideas are just the beginning; they are nothing without the tools to make them a reality. Our Idea Beer and coffee are representative of this process: Beer for the idea and coffee for the execution!”

Tech Firm Launches Idea Beer to Get Creative Juices Flowing added by Newsroom on January 30, 2018
View all posts by Newsroom →