The Chase for the Charms is on This St. Patrick’s Day!

By Newsroom on March 15, 2013Comments Off on The Chase for the Charms is on This St. Patrick’s Day! 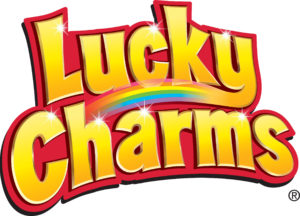 Grown-up fans of Lucky Charms, the cereal that has appealed to kids and adults for nearly five decades, can experience the “Chase for the Charms” like never before for a chance to enter to win $10,000 in gold!

Beginning St. Patrick’s Day, grown-up cereal lovers can download the free “Chase for the Charms” app and step into augmented reality as a super fan chasing after Lucky the Leprechaun to capture his charms.

Watch these 3 obsessive chasers who’ve been tracking Lucky and his charms for years. Think: “storm chasers” but the mission is the charms.

With each charm captured, people have the chance to instantly win a prize such as a totally decked out Lucky Charms personal cereal dispenser or the opportunity to be immortalized in Lucky Charms history by being animated into a national TV commercial.

Additionally, each captured charm earns players an entry into a sweepstakes for a chance to win $10,000 worth of real gold. Complete sweepstakes details are available at www.chaseforthecharms.com.

The free app is available through iTunes, the Android Marketplace and Google Play. 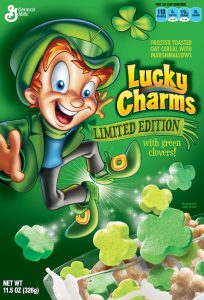 “Lucky Charms is a cereal that appeals to not only children, but adults as well,” said Greg Pearson, Lucky Charms marketing manager.

“With the Chase for the Charms app we’re giving grown up fans of Lucky Charms a chance to tap your inner kid while chasing down Lucky and potentially winning some of his pot of gold!”

Additionally, Lucky is introducing a special-edition version of the cereal as the nation’s favorite leprechaun transforms all the marshmallows into clovers for everyone to enjoy.

Lucky Charms combines whole grain oats with eight varieties of scrumptious marshmallows to create a magically delicious cereal people of all ages have continued to enjoy over the past 49 years.

However, as an additional way to celebrate Lucky the Leprechaun’s favorite holiday he is rolling out an exclusive St. Patrick’s Day version that is available in stores across the U.S. featuring only clover marshmallows.

The Chase for the Charms is on This St. Patrick’s Day! added by Newsroom on March 15, 2013
View all posts by Newsroom →