By Newsroom on November 6, 2014Comments Off on The Corner is Filling #EmptyPints with a London Pride Social Campaign 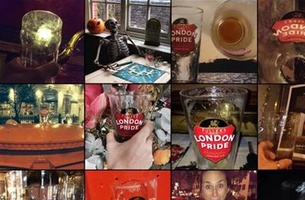 Fuller’s London Pride drinkers who tweet a picture of their empty pints will be rewarded with a fresh pint of ale on the house thanks to a unique new social media campaign created for the London brewer by The Corner.

After following @London_Pride on Twitter, members of the public simply need to tweet a picture of their empty pint glass with the hashtag #EmptyPint and will immediately have a code sent to them. The code can then be exchanged at the bar of any participating Fuller’s pub for a fresh pint of London Pride. The campaign builds on the success of London Pride’s eye-catching above the line print and outdoor ads which for the last two years have featured empty pint glasses glistening in the sun alongside long-form descriptions of the brewer’s heritage.

Outdoor ads are running all over London in proximity to participating pubs and the #EmptyPint campaign will also be supported by advertisements in the Metro and Timeout.

Previous campaigns for London Pride by The Corner have moved the beer from sixth to first position in purchase intent. The #EmptyPint social media campaign aims to engage with social media-savvy ale drinkers and to raise awareness of London Pride and Fuller’s. 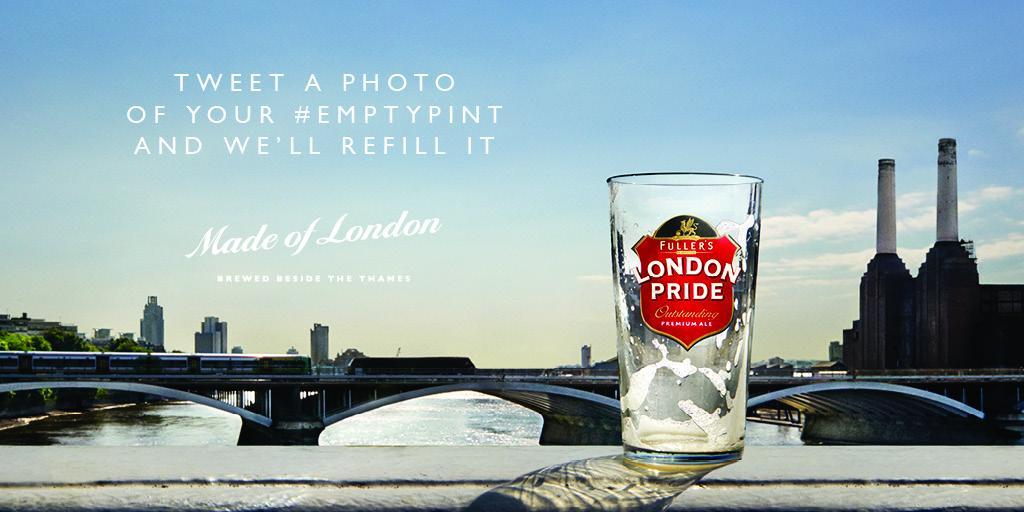 Lucy Crook, Group Brand Manager, Fuller’s said: “To build on the success of London Pride’s Made of London campaign we set The Corner a brief to create a campaign that would be relevant to the pace of modern London, while at the same time continuing to acknowledge the brands iconic status as a true London original, made for Londoner’s since the 1950s. The Corner has created an intelligent and fun way of reaching out to Londoners through social media and we’re thrilled to be giving London Pride drinkers a free pint in exchange for a tweet.”

Neil Simpson, founding partner at The Corner London said: “London Pride is a quintessential part of our capital’s heritage and we wanted to create a campaign that spoke to both London’s past and its vibrant social media-enabled present. ‘Getting the drinks in’ is something Londoner’s have done since time immemorial and being able to receive a free pint direct from the brewer with just a simple tweet is a novel twist on an age-old moment down the pub.”

The Corner is Filling #EmptyPints with a London Pride Social Campaign added by Newsroom on November 6, 2014
View all posts by Newsroom →