By Newsroom on July 2, 2015Comments Off on One in Four Beers Launched Globally in 2014 was High Strength 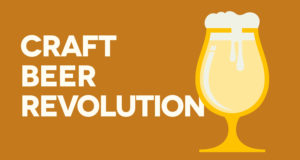 With rising health awareness and concern about binge drinking driving sales of low and non-ABV beers among consumers, it seems counter-intuitive that innovation in strongly alcoholic beers should be rising. But new research from Mintel has found that almost one in four (23%) beers launched globally in 2014 and 25% in 2013 had an ABV (alcohol by volume) of 6.5% or higher, up from just one in seven (15%) beers launched in 2012.

Around the world between 2011 and 2014, North America saw the most beer launches with an ABV higher than 6.5%, with 46% of launches happening in this region, closely followed by Europe which hosted 40% of launches.

“More global beer drinkers now view high ABV as a key quality indicator, inspired by the success of craft beer in the US – and increasingly globally over the past two years. While in certain countries, drinking strong beer has long been the cultural norm, they were previously the exception rather than the rule. The craft beer phenomenon has made high strength beer acceptable for consumers. And not just acceptable, but trendy and sophisticated. For example, in the highly influential US craft beer scene, the most popular style is the hop-heavy IPA which regularly uses a high ABV to ensure its flavour has extra bite. Imperial stouts and porters have also emerged as a popular craft beer style in the US and are usually hovering at around 10% ABV.” 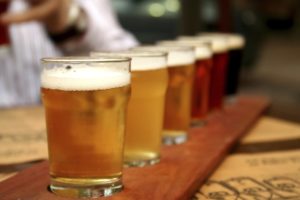 Mintel’s consumer research evidences how much drinkers like the taste of strong beer in both the US and Europe. Over one in three (37%) US beer drinkers have tried beer with higher alcohol content and would try it again, while a further 29% have not tried it, but would be interested in doing so. In Europe too, over two in five (43%) Polish consumers who purchase beer say they prefer beer with an ABV of 5% or more, as do 41% in Italy, 39% in France, 33% in Spain and 31% in Germany.

In the UK, Mintel’s research shows consumers associate a higher ABV with a higher quality beer – hence the industry labelling of stronger beer brands as “premium”. Over two in five (44%) UK consumers who drink beer say they associate a higher percentage alcohol content with premium beer, with 10% listing this as the most important factor.

“This is particularly interesting in light of the recent government initiative which has seen major brewers voluntarily shed alcohol units from popular UK beer brands such as Stella Artois. This has helped reduce the number of UK alcohol units across the country. Stronger craft beer has merely made beer more like wine, a lower volume drink to be sipped and savoured rather than gulped. However, while craft beer drinkers are likely to drink a lesser quantity of beer, the beverage remains primarily about refreshment and volume, particularly in the summer months,” adds Jonny. 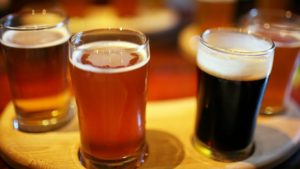 “This decline evidences that younger drinkers of this era are much more health-conscious than previous generations, and have been better educated on the dangers of binge drinking, hence their role in also driving non-alcoholic beer sales. If innovation does not give craft beer drinkers more options in terms of alcohol content, a backlash against the trend for higher-strength beers is inevitable. People want choices and for many consumers high ABV beers too quickly take them over the recommended drinking limit,” concludes Forsyth.

However, there is one exception to this trend in consumption levels for younger consumers. When it comes to 18-24 year-old Italian beer drinkers, the proportion preferring beer with an ABV of over 5% has actually risen by 7 percentage points between 2013 and 2015.

One in Four Beers Launched Globally in 2014 was High Strength added by Newsroom on July 2, 2015
View all posts by Newsroom →