By Newsroom on March 20, 2015Comments Off on Tiger & BBDO Singapore Launch the Unofficial History of Singapore Campaign

Tiger Beer launched its ‘Unofficial History of Singapore’ campaign with the first of two mockumentaries chronicling the history behind some of the nation’s best-loved quirks.

A brand synonymous with Singaporean identity and culture, Tiger Beer worked with BBDO Singapore to produce a campaign inspired by the very first Tiger Beer can, launched in 1965, the same year that Singapore gained independence. 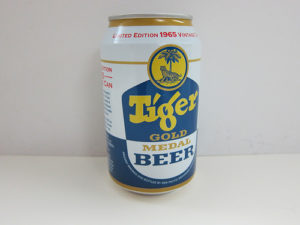 As a teaser, an aged wooden crate was buried in a bunker in Mount Faber, filled with ‘old’ Tiger bottles and cans as well as artefacts from the 1960s. The idea was to spark conversation and hype, prior to the main campaign launch.

The first mockumentary shines a humorous spotlight on the creation of Singapore’s favourite dish – chicken rice – exploring its origins in an entertaining manner.

“Tiger Beer has been an intrinsic part of the Singapore identity and culture since its inception in 1932. As we celebrate the nation’s 50th birthday, we want Singaporeans to celebrate another great thing which was born in 1965 – the first Tiger Beer can. With our light-hearted campaign, Tiger aims to inspire Singaporeans to uncage their creativity and think about 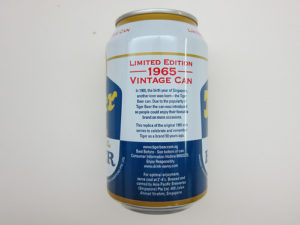 the origins and backstories behind some social peculiarities that have given Singapore its distinctive identity, in a fun way.”

The brand will also be releasing limited-edition adaptations of its classic 1965 theme in cans, pints and bottle format to celebrate the Golden Jubilee.

“Tiger Beer has an authentic and genuine connection to the history of Singapore that we’re proud to celebrate. It’s been fun working on this refreshing campaign with a great client,” commented Joe Braithwaite, general manager, BBDO Singapore.

Tiger & BBDO Singapore Launch the Unofficial History of Singapore Campaign added by Newsroom on March 20, 2015
View all posts by Newsroom →