Born on the streets of Asia, Tiger Beer is the number one beer in hawker centres, street food stalls and night markets around the region.

Now the brand is taking the heat, energy and passion of this food movement to the world with a powerful new film via Droga5 Sydney, that brings heroics to street food and honours the universal and central symbol of Asian cuisine -the wok.

Directed by SEGA of The Sweet Shop, the 60-second film was shot over 10 days across three countries. It features striking visuals set against a rhythmic narrative, and an edgy soundtrack created by Song Zu. 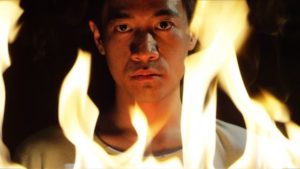 Says SEGA: “The team were very open to exploring and adding new ideas and I’ve never had so much great footage for an edit. I personally loved the copy. To me, it’s the crucial element of the commercial.”

Says Wilf Sweetland, managing partner of The Sweet Shop: “This spot was the perfect collaboration between a great agency, a brave client, an incredible director, and amazing crews, composers and editors. Produced through our Australian and Asian global network offices it ran like a jazz piece, every part of the production worked off one another, shifting and changing, until a groove was found and a truly spectacular film was created.”

The film will run in various forms in cinemas, TV and online throughout Australia, before being rolled out across Asia and globally.