By Newsroom on December 21, 2016Comments Off on Tiger Beer Wants People to ‘Sit Closer Together’ in Latest Spot by Marcel Sydney

In December 2016, Tiger Beer makes its own uniquely Asian mark on the global diversity debate with a 90 second film that follows the lives of eight very contrary Asians; a transgender “Kathoey”, a champion female Muay Thai boxer, a Comicon fan, a retired man, a millennial, a high-flying entrepreneur, a young delivery guy and a Kung Fu Grandmaster.

As bizarrely diverse as the group first appear, they’re ultimately united over a shared love for a cold Tiger beer and a plate of street food.

Under the banner Sit Closer Together, the film by Marcel Sydney is scored to the Louis Armstrong US classic “What a wonderful world”, but this time reimagined in Mandarin.

The film was shot in Thailand and China by The Sweet Shop director, Amos LeBlanc, who this year won the Cannes Young Director of the Year for a second time in a row.

David Nobay, Marcel creative chairman and the film’s writer said: “Tiger wanted to leverage their partnership globally with Asian street food, but do it in a way that said more than a bowl of steaming noodles. For us, what makes the street food table so unique and special is that it’s the great leveler. It doesn’t matter where you stand on the social ladder, you ultimately sit shoulder to shoulder in the street. Given what a fractured year this has been globally, we believe it’s an important message. And a timeless one, too.” 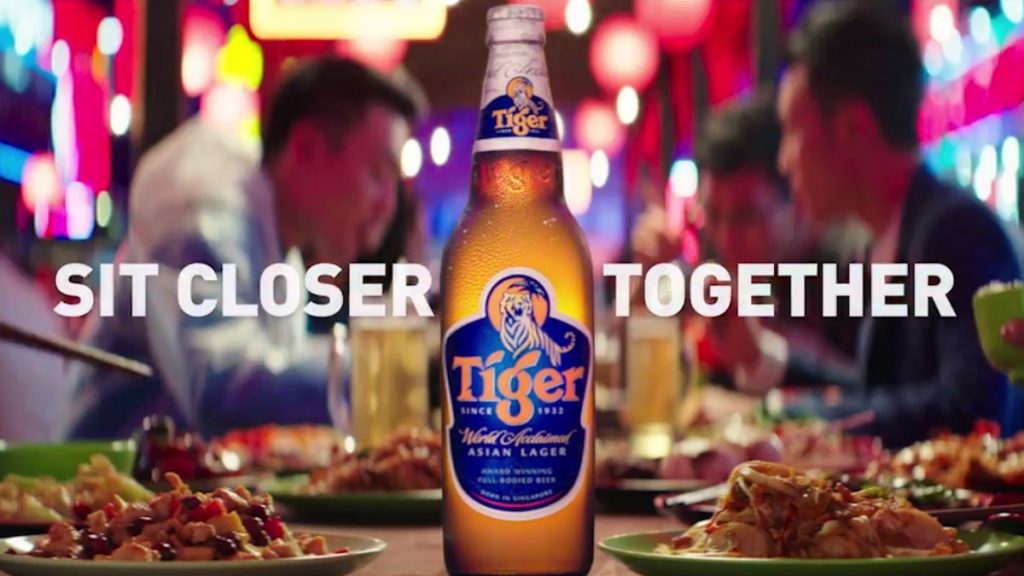 Tiger Beer Wants People to ‘Sit Closer Together’ in Latest Spot by Marcel Sydney added by Newsroom on December 21, 2016
View all posts by Newsroom →