By Newsroom on June 19, 2013Comments Off on ‘Traffic Light’ Food Labelling System Finally Rolls Out

The system will combine red, amber and green colour-coding and nutritional information to show how much fat, saturated fat, salt and sugar and calories are in foods.

The system is based on ‘traffic light’ designs that were created by Bell Integrated Communciations in 2005, before being updated by the consultancy in 2009.

After Bell’s original designs were delivered to the Food Standards Agency, they were implemented by retailers in different ways, meaning that several varients of the traffic light system were developed.

The new guidelines aim to stamp out these inconsistencies and provide a unified front-of-pack design across all food products. It will replace individual systems such as the Sainbsbury’s ‘traffic light wheel’. 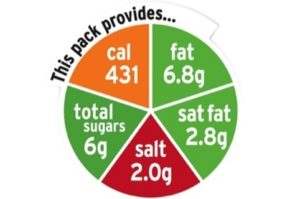 The voluntary system is being implemented by the Department for Health, with food brands including Mars and Nestle signed up, as well as all major UK retailers – including Sainsbury’s, Tesco, Asda and Waitrose.

The Department of Health says businesses signed up account for more than 60 per cent of food sold in the UK.

However, some brands, including Coca-Cola, Mondelez and Dairy Crest, have shunned the new system, citing concerns that they could cause confusion among customers.

Health Minister Anna Soubry says, ‘The UK already has the largest number of products using a front-of-pack label in Europe but we know that people get confused by the variety of labels that are used.’