By Newsroom on October 21, 2013Comments Off on Two Thirds of Australians Say Alcohol Ads Should be Banned From Sport 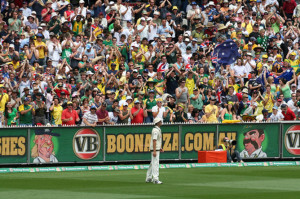 A potentially seismic change in advertising around sports may be heralded after a report commissioned by the Salvation Army found that more than two thirds of Australians want to ban alcohol advertising in sport.

67.2 percent of over 1000 polled said alcohol sponsorship should be phased out.

The survey was undertaken as part of the Salvation Army’s Alcohol Awareness Week. It found that 72.9 percent believe alcohol and sport have become too closely related.

“Australia is a sporting nation. We see this every weekend when thousands of young Australians take part in sporting activities across many codes. The Salvation Army is calling for a re-think about where alcohol fits into this culture,” said Salvation Army spokesperson Gerard Byrne.

“We see – every day – the extensive damage that alcohol often causes to individuals and families,” he said.

“We want to see Australians empowered to make smart choices about alcohol use. We are deeply concerned that the high level of alcohol promotion and advertising has a negative impact on those choices.” 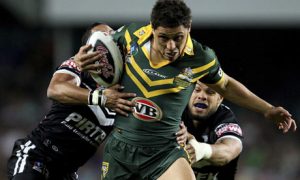 The AFL is among those sports heavily sponsored by alcohol brands, although the Football Federation of Australia and Netball Australia are amongst those who have banned alcohol sponsorship as a means to access government funding.

Carlton Draught, Heineken, VB and Coopers are among those who heavily sponsor sports events.

Two Thirds of Australians Say Alcohol Ads Should be Banned From Sport added by Newsroom on October 21, 2013
View all posts by Newsroom →