By Newsroom on July 10, 2015Comments Off on VML Poland Makes Mountains Out of Minions for New Tic Tac Campaign 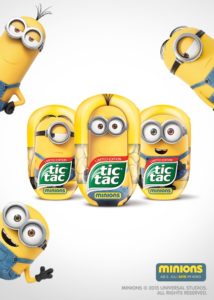 The new campaign “Making mountains out of Minions” was about materialising the wishes of the most important protagonists out there, the dynamic Tic Tac consumers.

It was the consumers themselves who made the association between the humorous characters from “Despicable Me” and the Tic Tac shape and began hand-making their own Tic Tac Minions; planting the first seed of imagination that would one day become a tasty and successful partnership.

The Tic Tac Minions campaign was designed in collaboration with creative agency VML Poland, who delivered the digital assets for the campaign that were then distributed to local markets.

The campaign has so far involved 21 countries around the world, and is being launched in each country in time with the movie release “Minions”. The campaign speaks directly to consumers through creative Minion Tic Tac visuals in social media, banners, search campaigns driving to the brand website with personalized package delivery and Minion related games. 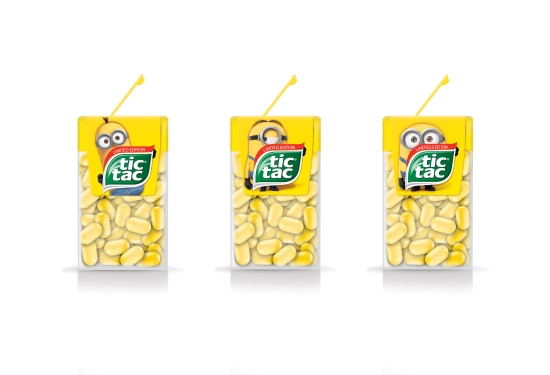 The response from consumers on the new product has been really positive and Tic Tac Minions have even sold out in some countries, such as Australia, whose shelves were emptied in just three weeks of launching the product.

VML Poland Makes Mountains Out of Minions for New Tic Tac Campaign added by Newsroom on July 10, 2015
View all posts by Newsroom →