The ‘Goes Alright’ campaign celebrates authenticity and down-to-earth characters by straight talking amazing inventions that tackle some of life’s greatest problems – telemarketers, shared accommodation, housemate chores and the like.

The campaign consists of 6 videos set amongst a group of flatmates, where one of the flatmates trains a sulphur-crested cockatoo to talk to telemarketers, builds a remote-control for real life, housetrains the new household pet, showcases his substantial ice sculpture skills and even solves human cloning. 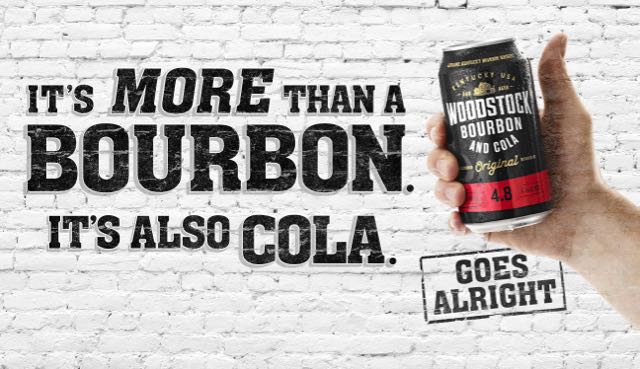 They deliver some levity into the mostly serious dark premix category, giving a fresh spin on the well-loved Woodstock Bourbon.

In one of Woodstock’s largest marketing and media campaigns, the campaign will be run primarily online (YouTube, Facebook and Snapchat) and further supported by outdoor, social media.

As the redesign and NPD further enhances Woodstock’s quality credentials, the campaign helps build a unique personality for the brand.

Michael Edmonds, general manager marketing, Asahi Premium Beverages said: “We wanted to build some fun into the brand and believe the ‘Goes Alright’ campaign and how it connects to every-day Australians is ideal for Woodstock. It’s a great vehicle to bring our new packaging and Easy Roller product to market, and has been really well received? by consumers and trade alike.”

Chris Jeffares, CEO, Cummins&Partners added: “This category takes itself a little too seriously, so we decided not to. Woodstock has always liked to poke a bit of fun and we had a lot of fun doing that again. The talent, performances and a production partner that really gets the audience and mediums, made for a great collaboration.”

Cummins&Partners developed the campaign with production company Second Draft, who have become synonymous with unique digital content over the last 18 months.