By Newsroom on October 1, 2014Comments Off on World’s Largest Six-Pack of Beer in Buffalo, NY? 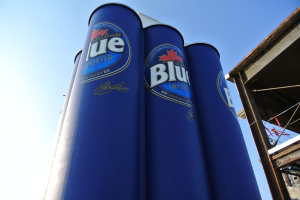 Beer anyone? How about a 10-story, six-pack of Labatt Blue beer?

The company chose the site because of Labatt’s strong ties to Buffalo, its largest market and hometown. In addition, the silo location was home to Labatt’s popular Buffalo Pond Hockey Tournament earlier this year, an event that draws thousands of hockey fans, annually. 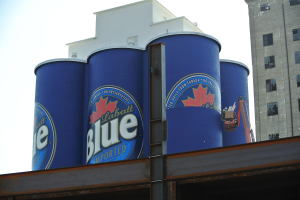 Six grain silos at Buffalo RiverWorks site are currently being donned with a mix of huge blue vinyl panels and paint.

Installation began on September 27 and is expected to be completed by October 2. Buffalo’s newest “six-pack” is among the largest in the world.

“Labatt Blue is Buffalo’s beer. We are headquartered here, and want to make a big statement that links Buffalo’s industrial past to its present-day focus on waterfront development. The new Buffalo is an amazing city that people are rediscovering. We are proud to call Buffalo home,” said Glen Tibbits, vice president of marketing for Labatt. 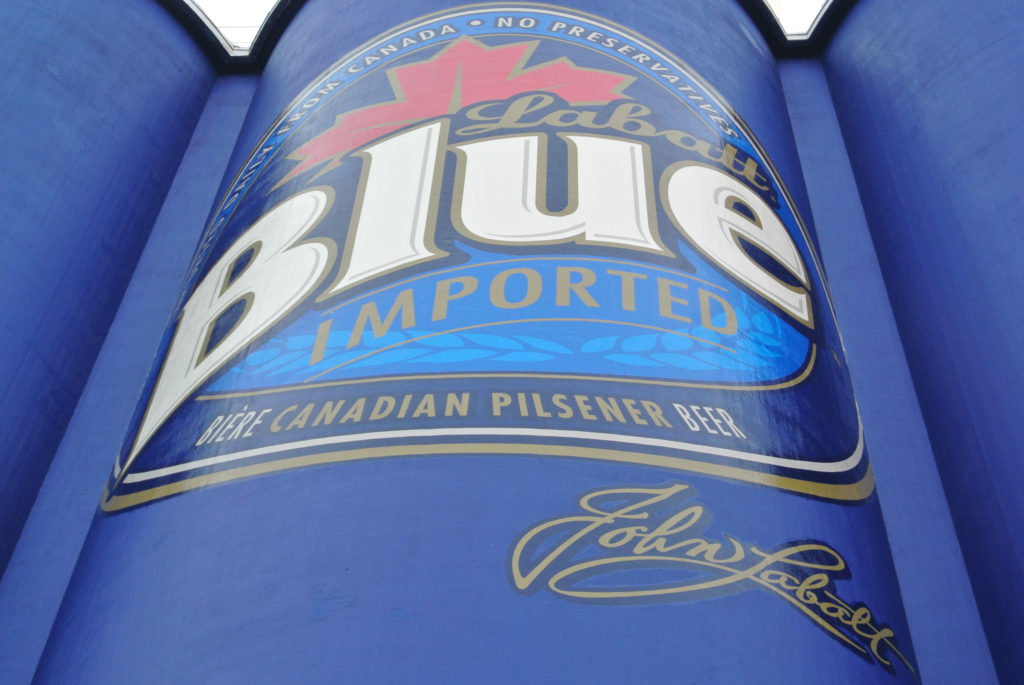 World’s Largest Six-Pack of Beer in Buffalo, NY? added by Newsroom on October 1, 2014
View all posts by Newsroom →