By Newsroom on July 19, 2016Comments Off on 6,000 Colombians Unite in Nudity and Make a Stand for Peace

Wilson was blinded by a FARC (Revolutionary Armed Forces of Colombia) bomb attack in Bogotá when he was just 19. He is one of more than 6,000 people from all sides of the Colombian civil war who posed nude at Bolívar Square, Bogotá, to make a stand for peace in a unifying art installation by renowned American photographer Spencer Tunick. 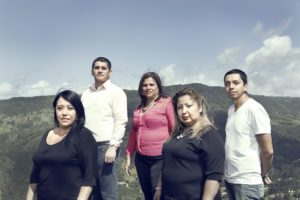 The installation – Tunick’s largest in six years – captured the optimistic mood of a nation on the road to peace and is the inspiration for the short documentary film Keep Walking Colombia, from Bogotá’s Museum of Modern Art (MAMBO) and Johnnie Walker.

Released to coincide with Colombian Independence Day (July 20) – a day that marks Colombia’s Declaration of Independence from Spain – Keep Walking Colombia charts the stories of five Colombians as they take part in the creation of the art installation and iconic photograph. 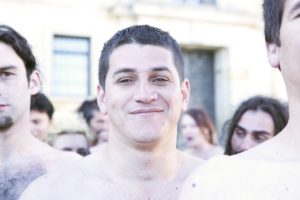 “After half a century of conflict, the people of Colombia are driving their nation forward on the road to peace and freedom through their openness and unyielding hope for the future,” said Claudia Hakim, Director of MAMBO Colombia.

“These stories, told through art and film, transcend matters of politics, belief or national affiliations. They are the stories of people who have endured so much, and are determined to embrace the possibilities of a shared future.”

Pilar Navarrete’s husband disappeared during the siege at the Palace of Justice in Bogotá in 1985 and his body was never found. Pilar said of her participation in the nude photograph and documentary: “I feel like I’m paying homage. I’m going to bare my soul and my body and tell everyone about Hector Jaime Beltrán. I’m very proud of the Colombian people. We’ve experienced a lot of pain but we are still smiling. We want and aim to be a country that includes everybody.”

Pablo Moncayo, who was held captive by FARC for 12 years, said: “We are all equal. Whatever differences you may see, we all have blood in our veins; we are all made of skin and bones.” 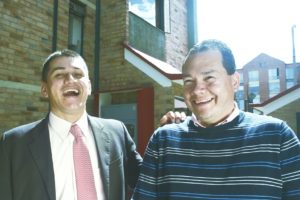 Daniel Leahy, Global Content Director at Johnnie Walker, said: “It is a privilege for us to be able to help get these incredibly inspiring stories out into the world. Johnnie Walker has always stood for progress and last year we launched a campaign that explored the idea that a positive outlook can help people achieve that.

Keep Walking Colombia tells the stories of five Colombians who, despite their history of conflict, believe in a better tomorrow. Working with Spencer Tunick has allowed us to tell these inspiring, human stories which highlight the bravery, the positivity, and the willingness of those affected by unimaginable tragedy and adversity to build a better tomorrow. And while this is a Colombian story, we believe the sentiment of optimism and positivity as a route towards progress is something that will resonate with people all over the world.”

6,000 Colombians Unite in Nudity and Make a Stand for Peace added by Newsroom on July 19, 2016
View all posts by Newsroom →