By Newsroom on October 18, 2016Comments Off on 72andSunny Amsterdam Profiles Nadia Tehran for Latest Smirnoff Campaign

Smirnoff continues to shine a light on those who are more inclusive than the world that surrounds them in their latest chapter of the ‘We’re Open’ campaign, featuring Swedish-Iranian, hip-hop artist Nadia Tehran, taking her stand for openness. 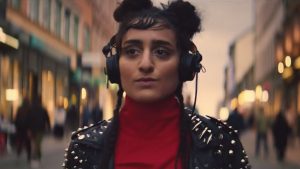 In a stunning reminder to us all that staying open minded is key if we are to continue to meet interesting people and have enriching diverse experiences, the latest iteration of the campaign kicks off in the UK and Ireland on October 17. It will later launch in global markets such as Africa and Latin America, as Smirnoff continues to champion its message of inclusion across the globe.

Smirnoff was the first alcohol brand to highlight the incredible world of voguing, a territory which has since been leveraged by other brands. In its second chapter, directed by American Zachary Heinzerling, Smirnoff celebrated the story of deaf dance teacher, Chris Fonseca. Heinzerling follows up this work with a new short film, shot in Sweden, featuring Swedish-Iranian, hip-hop artist Nadia Tehran and the challenges she faces being a second-generation immigrant.

In the newest chapter by 72andSunny Amsterdam, we meet the uncompromising hip-hop artist Nadia Tehran, whose music ignores borders and boundaries. Having grown up in a migrant community within a traditional part of Sweden, Nadia’s multicultural background is as impactful as the sound she creates, ignoring differences and bringing people together. 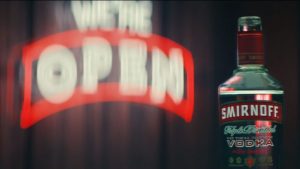 “Inclusivity is such an important topic today. Smirnoff believes in the power of music to bring people together,” said Vince Hudson, SVP Global Brand Director, Smirnoff. “It’s a real privilege to be able to work with such a genuine up-and-coming artist as Nadia Tehran, whose talent communicates the challenges and joys of growing up and living across cultures.”

Taking a cinematic approach, the film shows Nadia performing on stage and hanging out with her friends, striking an interesting balance between both her Swedish life and Iranian heritage. Nadia says of her background, “I might not belong anywhere, but that makes me borderless, belonging everywhere.”

Continues Hudson, “Inclusion can be driven just by having a drink with someone different and Smirnoff, the world’s most popular vodka, is all about bringing more people together.” 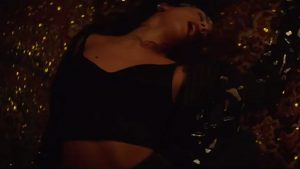 Beyond the UK and Ireland, We’re Open will also launch in Africa, the rest of Europe, Latin America and Australia. The latest campaign creative celebrates open mindedness with emotive headlines including, ‘Beats have no borders’ and ‘We’re for freedom of moves’. Campaign media will include film, social activation, DOOH and influencer and media partnerships. The campaign’s next chapter, featuring French-African DJ Jeffrey Jewell, will come out later in the year.

“As fully signed up citizens of the world, we are extremely happy to be involved in this platform and this story,” says Nic Owen, Managing Director of 72andSunny Amsterdam. “Society is at its most powerful when we mix cultures together and this is no truer than at night. We’re proud to go out with Nadia and Smirnoff.”

Check out the SMIRNOFF YouTube channel for the Nadia Tehran film, more We’re Open content and to join the global movement.