By Newsroom on June 28, 2017Comments Off on Adam Driver Surprises Military Family in Budweiser’s Fourth of July Ad

Years before he became Adam Sackler on television, and Kylo Ren in the movies, Adam Driver served in the U.S. Marine Corps. Shortly before he was due to be deployed to Iraq, he broke his sternum in a mountain biking accident and was medically discharged.

That history provides an apt backdrop for Driver’s latest advertising gig—the short Budweiser documentary above, timed to the Fourth of July, in which he surprises a military family whose patriarch had a similar, though more wrenching, story of training for combat but not being able to deploy with his friends. 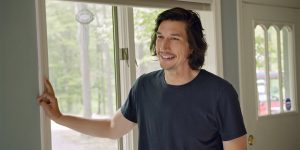 The spot—created in partnership with the Folds of Honour Foundation, which provides educational scholarships for the children and spouses of fallen and disabled service members—follows a simple and straightforward script, one we’ve seen many times before. Still, the journey to Brodheadsville, Pa., is quietly poignant as it captures the family’s surprise at how Bud plans to help the daughter pursue her dream of becoming a nurse.

VaynerMedia in New York produced the work with Budweiser.

“I feel very privileged to be a part of the work that Folds of Honour and Budweiser are doing in their support of our military community and highlighting the importance of the family surrounding them,” Driver said in a statement.

In May, ahead of the Memorial Day weekend, Budweiser raised $1 Million for Folds of Honour from the proceeds of every Budweiser America bottle and can sold. Bud has raised $12 million for the nonprofit since 2011.