By Newsroom on March 16, 2017Comments Off on Anchor Targets Teens with Slam Poetry in its Latest Campaign by Colenso BBDO

To engage a new audience who are skeptical of advertising, Colenso BBDO has launched a new campaign for Anchor which features three poems written and performed by World Champion Slam Poet, Harry Baker.

With a degree in mathematics and a sharp mind for science, Baker was an obvious choice to translate the nutritional benefits of milk into poems for teenagers. He explains complicated biology with relaxed rhyming prose to impart a fresh perspective on milk.

Dave Brady, CD, Colenso BBDO, Auckland said: “I love the way each film feels so different. The process required bravery and trust from both the client and ourselves to hold the reins lightly and collaborate from a very early stage with some interesting and very talented creative people. All the films draw you in beautifully and keep hold of you.”

The campaign aligns directly with Anchor’s ‘Go Strong’ platform, the belief being that the nutrition in dairy provides the strength which builds confidence to give anything a go.

Kevin Taffs, marketing manager, Fonterra said: “We were fascinated first by Harry’s articulation of milk, and then the collaboration between local artists to illustrate the goodness it provides. I think they’ve done a marvellous job.”

Deliberate in positioning itself as the antithesis to traditional marketing, the campaign is designed to inspire teenagers to be themselves, and to create their own definition of strength.

Rachel Morgan, international group business director, Fonterra said: “Everyone needs a healthy diet to reach their potential – especially young people who are still growing. We needed to reach a suspicious and possibly indifferent audience, and encourage them to reconsider dairy as being a relevant ingredient for balanced nutrition.”

Brady added: “I think it’s fantastic that a brand like Anchor is talking to young people about building a strong body, getting out there in the world and giving it a go.” 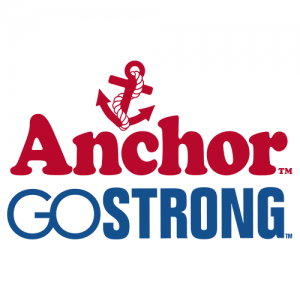 Anchor Targets Teens with Slam Poetry in its Latest Campaign by Colenso BBDO added by Newsroom on March 16, 2017
View all posts by Newsroom →