By Newsroom on December 13, 2016Comments Off on Aussie David Prior says ‘Don’t Be Told’ with Launch of Pure Scot’s ‘Scotch with Balls’ Ad

Aussie entrepreneur David Prior, who bought the mothballed 200-year-old Scotch distillery Bladnoch in January 2015, has launched a new scotch brand Pure Scot with a spot created by Chocolate Studios in Melbourne. 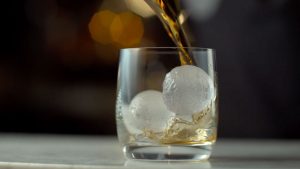 Before taking on the scotch world, Prior built up the yoghurt brand five:am from scratch in 2009, and sold it in 2014 to UK-based consumer products company PZ Cussons for $80 million. In 2013 the company employed 65 staff, supplied over a thousand outlets around Australia, delivered 250% increase in revenue over the previous year and won the 2013 “Company to Watch” award.

Before that, he partnered with his father in 1997 to create the sustainable packaging company Baroda, running it successfully for ten years, and then selling it to packaging giant Visy.

Aussie David Prior says ‘Don’t Be Told’ with Launch of Pure Scot’s ‘Scotch with Balls’ Ad added by Newsroom on December 13, 2016
View all posts by Newsroom →