By Newsroom on February 14, 2017Comments Off on Big Al’s Creative Emporium Reveals Cheeky Valentine’s Day Iteration of Banks’s Tells It Like It Is Campaign 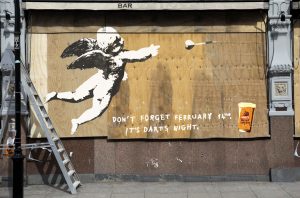 Ditch the red wine and roses, Valentine’s Day is a time for lovers… of sport, and Banks’s Beer have sent out a timely reminder not to forget February 14th – because it’s darts night!

The mischievous ad is part of the brewery’s Tells It Like It Is campaign. It combines real graffiti from independent artist Graffoflarge with the brewery’s social platforms to create a witty social commentary in line with the brand’s West Midland roots. 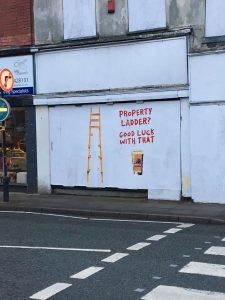 Devised by Big Al’s Creative Emporium, the campaign is a daring attempt to increase the popularity of Banks’s Amber Ale and reassert a cultural identity for the traditional pint.

Banks’s has a proud Black Country heritage and is part of the Marston’s portfolio. They’ve been brewing high-quality traditional English Ales since 1875 but are in need of revitalisation to appeal to a younger audience of ale drinkers.

At a time when it can all get a bit too serious and slushy, Banks’s give young men and women a laugh by providing a refreshing take on the cultural obligations and social mores of Valentine’s Day. 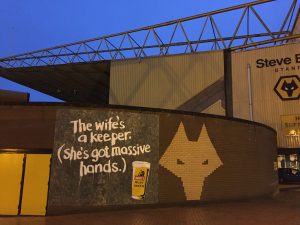 Gaynor Green, Marketing Manager at Marston’s, comments: “Banks’s is a traditional beer brand that’s steeped in history, but we needed to create something radical to engage with a younger audience. This campaign is an example of Big Al’s’ ability to think outside the box to come up with an idea that goes beyond traditional media and get the brand back in to popular culture.” 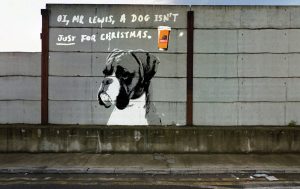 On the overarching campaign, Stef Jones, Creative Partner at Big Al’s Creative Emporium, comments: “Despite an extremely limited marketing budget, we wanted to give the Banks’s brand a new lease of life by appropriating the straight-talking wit and grit of its industrial Black Country roots. Our solution was to develop a graffiti campaign around the straight-talking tagline; ‘tells it like it is’. Getting our messages on to unconventional urban spaces allowed us to create a subversive ambient campaign which, in turn, we were able to activate across social platforms – and it’s really beginning to take on a life of its own.” 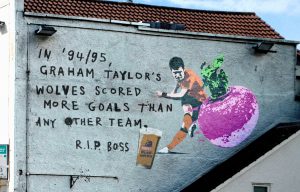 Launching just before Christmas, the ongoing campaign provides a timely social commentary for what’s going on in the world of the ale-drinker. Much like another famous street artist with a similar name, Banks’s makes witty observations about what’s going on in popular culture. Like any good satirist, Banks’s says the thing we are all thinking but didn’t think to say. He tells it like it is. 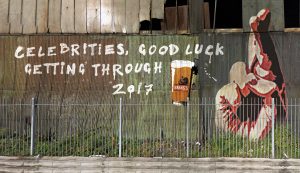 In January, Banks’s paid tribute to the West Midland’s football club Wolverhampton Wanderers legendary boss Graham Taylor with a touching street art mural to the former manager. The memorial followed on from a tongue-in-cheek good luck message to celebrities in 2017 – a macabre reaction to the prolific passing of many public figures last year. 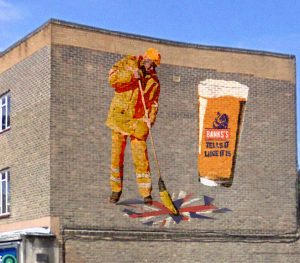 Big Al’s Creative Emporium Reveals Cheeky Valentine’s Day Iteration of Banks’s Tells It Like It Is Campaign added by Newsroom on February 14, 2017
View all posts by Newsroom →