By Newsroom on November 22, 2018Comments Off on Big Rise in Veganism and Meal-Kits as Consumers Seek Out New Dining Experiences, Says I-AM 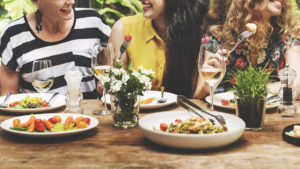 A survey published today reveals that 43 per cent of people – and 52 per cent of 36 to 45-year olds – eat less meat than they used to as the growing popularity of veganism gains momentum.

The ‘Refuelling Rituals’ survey – unveiled by international customer experience and branding agency I-AM – also highlights the shift towards meal-kits with a third of people using them at least once a week.

Whilst people are still eating out and ordering take-aways, 49 per cent of them say they are now cooking at home more than they used to, making this a key growth area – especially in the realm of meal-kit services. 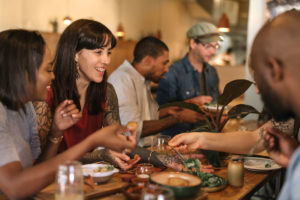 Some 54 per cent cite the main benefits of meal-kits as a good way to learn new recipes while 40 per cent favour them as a less wasteful option. Meanwhile, 74 per cent of those surveyed say eating out inspires them to cook at home more.

The survey of 2000 18 to 45-year olds living in UK urban areas reports that ‘dining is about’: being social (76 per cent), getting away from the kitchen (73 per cent), special occasions (69 per cent), eating something unable to unwilling to cook (64 per cent) and eating something new (62 per cent).

Other key findings in the wide-ranging survey include: 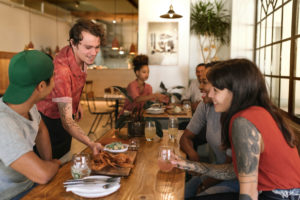 Pete Champion, I-AM Group Partner and Creative Strategy Director, said: “Though word of mouth is still the strongest form of marketing, as consumers are more able to make quality dishes at home through meal-kits their loyalty is shifting to delivery and subscription services. Consumers are increasingly searching for more novel and highly experimental experiences with food and drink that they can’t produce at home. The last decade has seen pop-up dining emerge as a key format to shake up the dining industry. Whether through the supper clubs, interesting food stands or exclusive entertainment experiences, pop-up dining has paved the way for dining to happen in more unexpected spaces. Now a matured format, new dining experiences are embedding themselves into culture with more permanent restaurants and other eateries in places like gyms and shops which are being managed by new players, offering their audiences targeted experiences through brand extensions.”

Commenting on the increased popularity of veganism, Champion added: “It is going through somewhat of a rebrand. Veganism used to be positioned as a ‘clean’ or healthy option to lure in non-vegans at least, but as more and more people are switching to plant-based diets, guilt-free indulgencies are needed to serve audiences as plant-based diets go mainstream.”

Big Rise in Veganism and Meal-Kits as Consumers Seek Out New Dining Experiences, Says I-AM added by Newsroom on November 22, 2018
View all posts by Newsroom →