By Newsroom on January 29, 2018Comments Off on BrewDog Secures ‘Important Victory’ in Elvis Juice Trademark Dispute 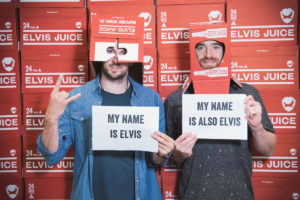 has won what legal experts have described as an “important victory” in a battle against Elvis Presley’s estate to use the singer’s first name in a flagship beer product.

The brand was successful in its appeal against a previous ruling which prevented it from registering the trademark Elvis Juice in reference to their grapefruit IPA.

The dispute between the self-styled punk brewery and the king of rock’n’roll’s estate has been rumbling on for over a year.

In 2016, Brewdog founders James Watt and Mark Dickie opted to legally change their own first names to Elvis, explaining that the stunt ensured any product containing the monkier was simply named after themselves. 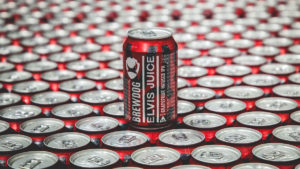 The trademark appeal was upheld by the UK Intellectual Property Office (UKIPO) on the basis that the average consumer will not mistake BrewDog Elvis Juice to refer to Elvis Presley.

“This is an important victory for a highly successful brand that had sufficient confidence in the strength of its brand presence in its chosen marketplace to fight a legal challenge from the King of Rock’n’Roll’s estate,” said Tania Clark, partner and trade mark attorney at intellectual property firm, Withers & Rogers.

“Brewdog has managed to show through strong product sales that its Brewdog Elvis Juice is a distinctive product in its own right. Brand owners should take care to ensure when naming products that they aren’t likely to infringe other pre-existing marks. Failing to do so, could mean risking a potentially costly and lengthy litigation. However, in this case, the publicity surrounding the dispute may well have played out in Brewdog’s favour.” 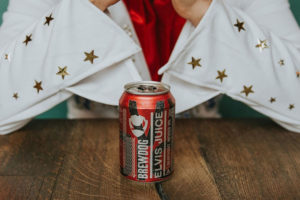 Brewdog has been on the other side of the fence previously when it comes to trademark disputes. Last March, it went after a Birmingham pub, which was forced to abandon its plan to call itself the Lone Wolf after receiving a legal threat from the Scottish brewer; which had just trademarked a vodka bearing the same name.

After criticism for acting like “just another multinational corporate machine”, Brewdog backed down and Watt blamed “trigger happy” lawyers for starting the action.

Following a $1bn cash injection last year from a US private equity firm the brand is eyeing a US expansion.