Brits Bowled Over by Porridge – Half of Consumers Now Porridge Eaters

By Newsroom on October 4, 2013Comments Off on Brits Bowled Over by Porridge – Half of Consumers Now Porridge Eaters 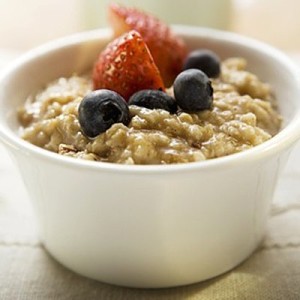 As the winter draws nearer, many Brits want to start the day with a hearty breakfast. Demonstrating the nation’s appetite for oats, new research from Mintel reveals one in two Brits (49%) are porridge eaters, with a quarter (23%) of users enjoying a bowl almost daily. While usage peaks amongst those aged between 45 and 54 – with some 56% of this group enjoying porridge – it seems porridge is also attracting a younger audience, with an impressive four in ten (39%) of 16-24 year olds claiming to also enjoy their oats.

Indeed, sales of porridge are thriving as Brits trade up to an increasing array of premium and on-the-go porridge products. The hot cereals segment has proved to be the star performer within the breakfast cereals market, sales of hot cereals – largely made up of porridge – have almost doubled since 2008, reaching a scrumptious £241 million in 2013.

As well as value increases, the market for hot cereals has also seen volume expansion, with sales increasing a heart warming 20% over the same period rising from 65 million kg in 2008 to 81 million kg in 2013.

Overall, nine in ten (92%) consumers have eaten breakfast cereals, including porridge, over the past six months.

With an increased selection of higher priced porridge options now available, Brits have not just been consuming more porridge, but trading up to more varieties of flavours and packaging options when they do. While porridge has found a way to tap into the out of home breakfast occasion, the segment has also benefited from oats’ inherent health benefits, notably the fact that they can lower cholesterol, as well as their widely held associations with satiety – a factor which is of particular importance when it comes to buying breakfast cereals. Given that the usage of porridge stands at half of all Brits, the hot cereals segment still offers strong potential for future growth in areas such as vitamin or mineral fortification or flavour innovation. 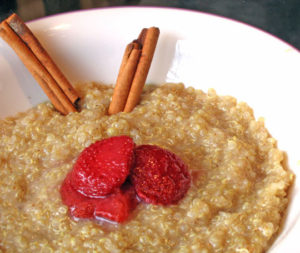 However, things are a looking a little less healthy for RTE (ready-to-eat) cereals such as corn flakes and muesli.  Accounting for the remaining 85% of breakfast cereals, value sales are estimated to reach around £1.4 billion in 2013, up by a lacklustre 1% against 2012, while volume sales are estimated to decline by 4% to 361 million kg in 2013. Some 88% of consumers have eaten a ready-to-eat cereal and 57% have had plain cereal including corn flakes over the past six months.

“RTE cereals have suffered from the rising competition posed by alternative breakfast products such as breakfast biscuits, cereal bars and pastries, which lend themselves better for the on-the-go occasion, as well as from the growing popularity of porridge.” Heidi continues.

Going forward, volume sales of RTE cereals are expected to remain static. While the hot cereals market has benefited strongly from the recent cold winter,  Mintel expects the hot cereals segment to maintain some of its recent momentum,  growing by 13% to reach 92 million kg in 2018, while inflationary pressures and trading up are expected to continue to drive value growth of 46% over 2013-18 to reach £353 million.

Brits Bowled Over by Porridge – Half of Consumers Now Porridge Eaters added by Newsroom on October 4, 2013
View all posts by Newsroom →