By Newsroom on January 24, 2017Comments Off on Bud Light Raises a Beer to Bromances in New ‘Famous Among Friends’ Spots

Bud Light is paying homage to friendship with a new campaign from Wieden + Kennedy New York, which debuts the tagline, “Famous Among Friends.” 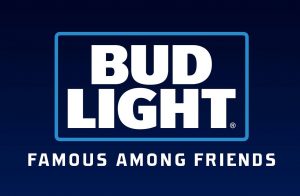 The 30- and 60-second spots, “Between Friends,” depict big and small moments over the history of a friendship—from a best man speech to helping your friend move to competing together in a hot wing eating contest, all scored to Guns N’ Roses “Sweet Child o’ Mine.”

Budweiser similarly celebrated friendship with its “Grab Some Buds” campaign from Anomaly in 2010.

Bud Light debuted the spot during the weekend of the NFC and AFC championship games in January 2017, and it will run a 60-second spot during the Super Bowl. In 2016’s Big Game, the brand kicked off an election-themed campaign, “The Bud Light Party” with spots starring Amy Schumer and Seth Rogen.

Anheuser-Busch’s Budweiser, Michelob Ultra and Busch also will be in the ad lineup for Super Bowl LI, with Busch making its first appearance in the Big Game. 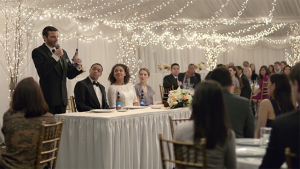 Bud Light Raises a Beer to Bromances in New ‘Famous Among Friends’ Spots added by Newsroom on January 24, 2017
View all posts by Newsroom →