By Newsroom on March 20, 2015Comments Off on Budweiser’s Blind Taste Test Pranks People Into Drinking Its Beer

At the recent New York City Beer Week, Budweiser conducted a blind taste test where it fooled people into drinking its beer. 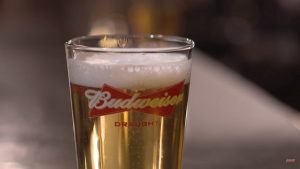 The prank was orchestrated by Vayner Media, who invited hip young people to a sneak peek of a new Brooklyn bar before it opened its doors to the public.

During the event, they were given a smooth, crisp “aged beechwood” lager “brewed from a 139-year-old recipe” on tap to sample.

Their nods of approval quickly turned to surprise when they realized the drink they were imbibing wasn’t craft beer, but ordinary Budweiser.

Budweiser’s Blind Taste Test Pranks People Into Drinking Its Beer added by Newsroom on March 20, 2015
View all posts by Newsroom →