By Newsroom on August 23, 2016Comments Off on ButterflyCannon Create Exciting New Range of On-Trade Tools for Absolut Vodka

Absolut Vodka is a world-renowned global brand, with an iconic bottle and defined off-trade aesthetic. However their presence in the on-trade did not share the same consistent look and feel across all markets and they needed to re-establish Absolut as an exciting night time brand. So Absolut came to ButterflyCannon with the challenge of re-evaluating and refreshing their entire global range of POSM.

Working in collaboration with the Absolut team through a series of interviews and workshops, an audit of all existing Absolut and competitor POSM was carried out in order to evaluate the choice of materials, graphic elements, form and colourways against the needs of the different channels. This research was then used to craft a creative platform that could hold the range of POSM together.

Named ‘Urban Sculpt’, this platform was inspired by the geometric shape of the iconic bottle and the wider lens of contemporary Scandinavian inspired design, creating an aesthetic language characterized by fluid, active and bold forms, sculpted by the contemporary urban world in which they live in. In order to create an instantly recognizable, emotional link to the brand’s heritage, the primary colourway was adapted from Absolut’s trademark blue, its vibrancy and standout amplified for the visually busy on-trade environment through an electric mirror chrome finish. Secondary colourways and finishes were used in different proportions in order to position the items appropriately in different channels, white bringing purity and modernity, whilst a range of silver finishes bring premium cues.

The design aesthetic was then used to inform the design of a core set of items including ice buckets, back bar displays, shot trays, bottle pourers and hero items for specific markets, including a head turning audio-visual serving ritual for Ibiza super clubs.

Jon Davies, Creative Director at ButterflyCannon says, “Our creative aesthetic has inspired the creation of a range of POSM items whose eccentric, fun character invites consumers’ attention and gives Absolut both a cohesive identity and real presence in the on-trade.”

Georgia McDonnell-Adams, Global Manager for Experiences at Absolut Vodka adds, “ButterflyCannon have been a fantastic agency to work with, from concept through to implementation, their dedication has ensured the upmost quality reaches the hands of our trade. They have made a huge impact in helping Absolut Vodka establish a strong presence in the night”. 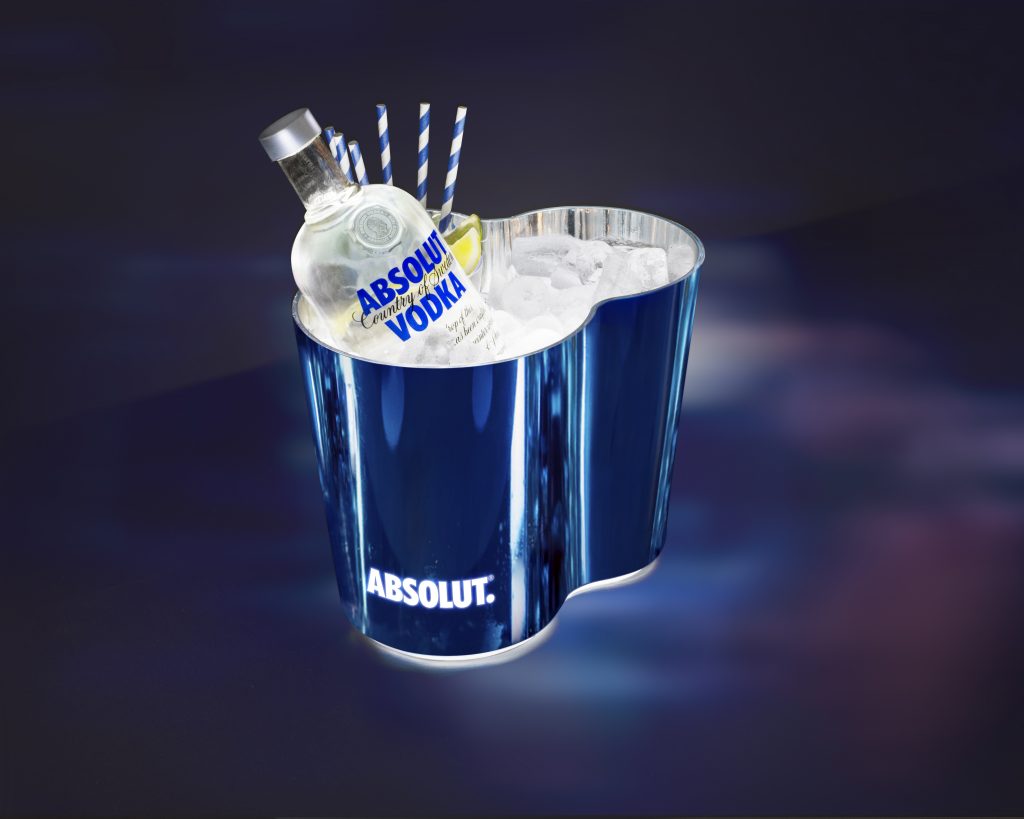 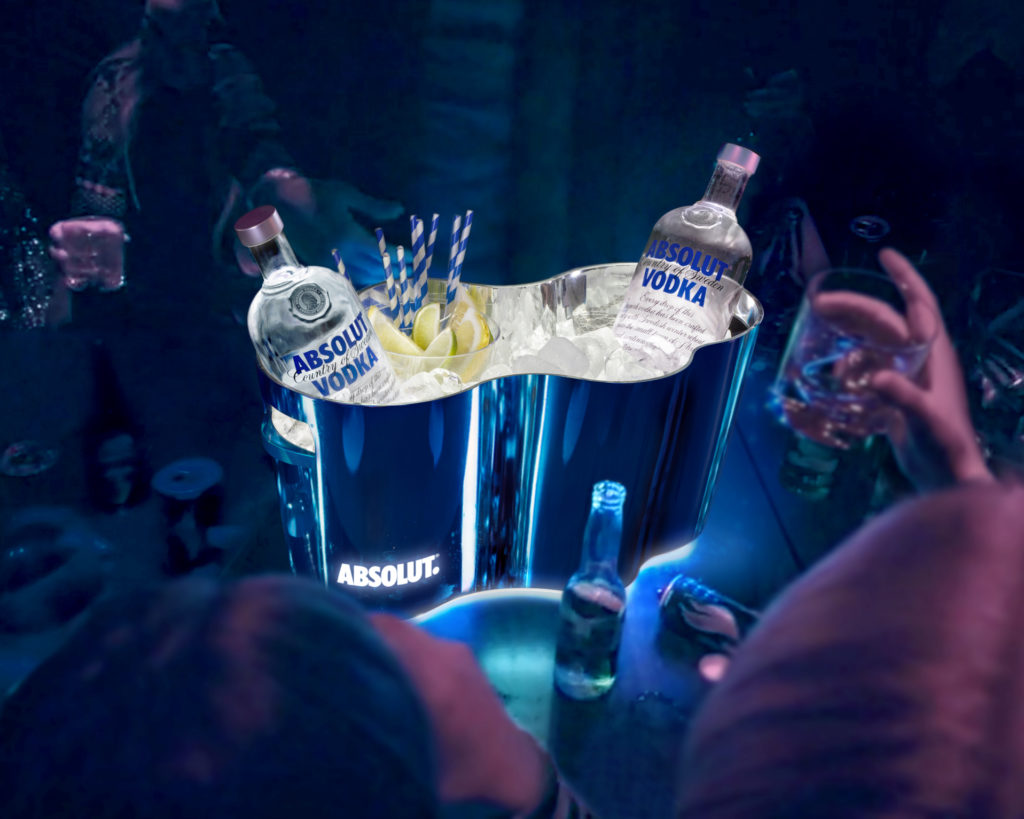 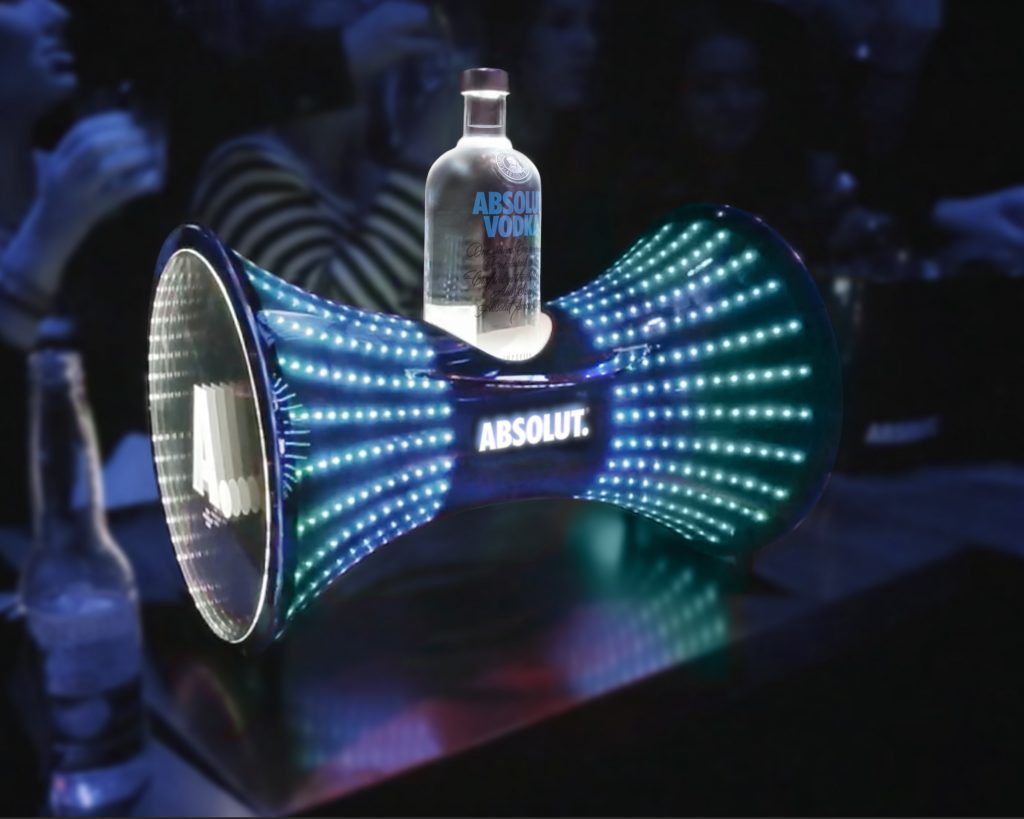 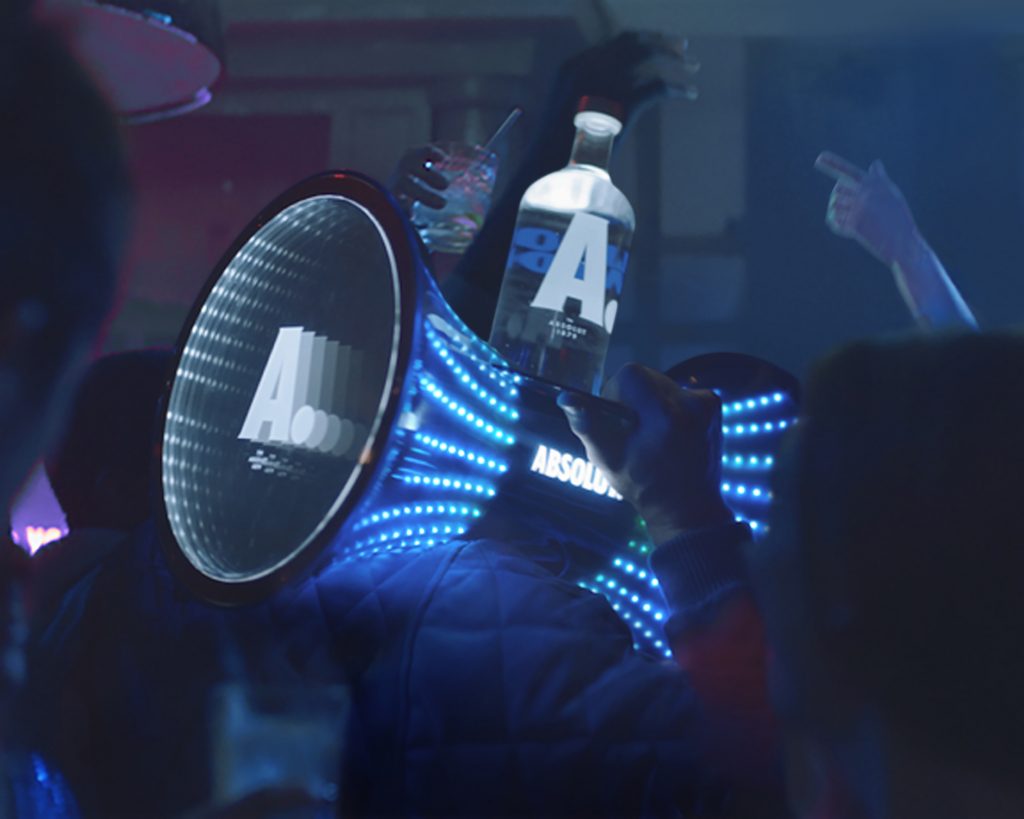