In a land of beer worship, Canadian Club has done the unthinkable: releasing an integrated campaign that asks Australians if they are over beer.

Created by The Monkeys, ‘The Big Question’ carries on the brand’s marketing strategy, ‘Over Beer’, which continues to see success as it enters its seventh year. 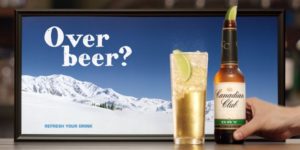 Upon reading the campaign script, film director Nick Kelly of The Sweet Shop revealed the range of characters excited him: “A lot of us are in there somewhere. I love how the main character pokes a little hole in the beer myth and accidentally kicks open the floodgates for everyone else.”

Scott Dettrick, creative director, The Monkeys said: “The challenge was to take on beer in Australia. We drink it, our dads drink it, and their dads drank it, too. It’s in our cultural DNA. However, Australia is changing and our drink choices are too. The campaign shows that beer isn’t everything that it’s cracked up to be; it has been bloating our bellies and making our breath bad for far too long.” 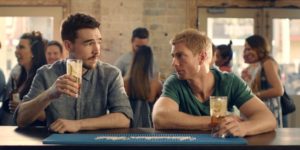 Tiffany Madsen, marketing manager, Beam Suntory added: “We know beer is synonymous with Australian culture, however Canadian Club’s success shows there is something in challenging the conventional wisdom of beer. When we’re given permission to not choose beer, it’s strangely liberating. We’re not suggesting Australians stop drinking beer, but rather reconsider their love affair with the liquid.”

Live from September, the campaign is set to run across broadcast, cinema, print and outdoor.