Australian sparkling wine brand, Chandon has unveiled its latest piece of localised content via Havas Sydney, to mark the second season of its partnership with the McLaren-Honda Formula 1 team. The partnership, which began in 2016, builds Chandon’s association with the glamour of the Formula One lifestyle and forms part of Chandon’s ongoing strategy to celebrate spontaneous moments and encourage consumers to ‘Enjoy the Spark’. 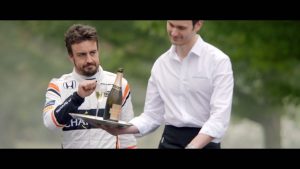 Alonso returns to star in this year’s film alongside up-and-coming Belgian Stoffel Vandoorne, who joins the 2017 McLaren-Honda Formula 1 team. Devised and produced by Havas Sydney, the content celebrates Chandon and McLaren’s shared celebration of passion and innovation and again takes place at the Domaine Chandon vineyard.

The film centres on the team-mates competing in a race where clever use of technology will help them complete the challenge. Captured through car and helmet-mounted cameras, the two use large remote control cars and drones to race, in a competitive but friendly rivalry, to reach the chequered flag.

Ashley Powell, marketing and business development director, Chandon said: “We are thrilled to be working alongside McLaren-Honda again and kick off the new season in style. The content we created last year put Chandon on the global stage so we wanted to emulate that, to bring the Chandon story to life. It was fantastic to have Stoffel on board and work with Fernando again to create a piece that we are confident will generate excitement and encourage fans to ‘Enjoy the Spark’ of Chandon – the best accompaniment for the racing weekend.” 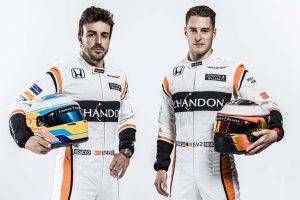 Stuart Turner, executive creative director, Havas Sydney added: “Sequels are always tough especially when the first one was so good. So when we were challenged to better the success, energy and excitement of last year’s film, we knew we had to up the ante across the board, which we believe we have done in a way that Chandon and F1 fans will love.”

In addition to the content film, Red Agency has also managed PR and influencer activity around the partnership in the build-up to the first race of the season in Melbourne. This included hosting a select group at the winery in the Yarra Valley to gain further insights into the Chandon story and try a range of products at a specially-themed event.

James Wright, Havas Australia’s creative group COO and CEO of Red Agency concluded: “After the successful activity in 2016, this year, we wanted to dial up the innovation and push the boundaries to help us tell the story around Chandon and unlock its unique spark and identity. Our teams across the Havas Village from broadcast, digital, strategy, creative and PR have all come together to create an engaging and memorable piece of content which will set the scene for the partnership in the coming months.”

The new McLaren-Honda Formula One car and drivers’ race suits will all be branded with Chandon’s sparkling identity across each race during the 2017 Formula One season. Chandon will also be McLaren-Honda’s exclusive sparkling wine partner. 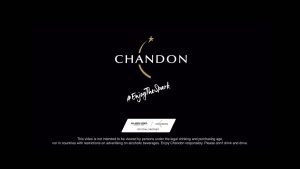