By Newsroom on October 29, 2014Comments Off on Cheetos Launches The Most Entertaining Futbol Club In The World

In what promises to be an entertainment experience unlike anything you’ve ever seen, Chester Cheetah, the official Cheetos brand spokes-cheetah, announced the introduction of Los Cheetahs. This insanely talented team of trick fútbol players combines athleticism, theater and comedy — a spectacle only fitting for the most popular sport in the world and the most mischievous brand. Los Cheetahs will embark on a nationwide tour in the US, beginning with an event on November 8 in Long Beach, Calif.  To add to the magnitude of this news, global fútbol legend, Jorge Campos, is on the roster as one of Los Cheetahs’ goalies. 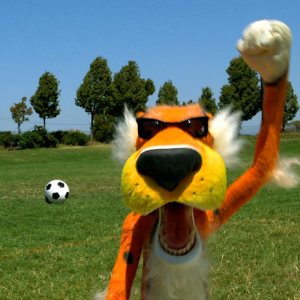 A Los Cheetahs game will not be your average football match because the players encourage audience participation and interaction with tricks throughout the entire event. This will be a definite difference from their opponent and arch nemesis, Los Jefes, who definitely don’t follow the fun, mischievous way Los Cheetahs play the game.

Even the venue for Los Cheetahs’ first event will be outrageous — a custom-built, over-the-top football stadium, right on the beach. It’s a fitting location for the introduction of this larger-than-life team and is designed to properly showcase Los Cheetahs’ wild antics.

The timing for this spectacular and fun twist on the game could not be any better, as Americans are more interested in football than ever before. Between the 2010 and 2014 FIFA World Cups, the number of adults who attended a major football match nearly doubled — an increase of 87 percent. During that same period, the number of Americans who watched, attended or listened to a major football match increased by 32 percent.

“Football is certainly enjoying its moment in the spotlight, especially following this summer’s World Cup. We felt this was the perfect time to bring fans a new, fun and exciting way to interact with the Cheetos brand through a sport they already love,” said Ram Krishnan, senior vice president and chief marketing officer, Frito-Lay North America. “Los Cheetahs builds on the Cheetos brand’s desire to bring families together, giving them the chance to explore their inner mischief while enjoying time with each other, as well as friends and other football fans.” 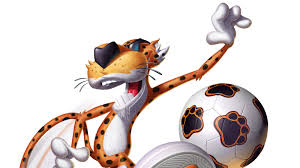 Campos, a celebrated global fútbol legend, also sees the event as a way to combine two of his greatest joys in life: fútbol and family. “For me and many others, football is so much more than a sport, it is a way of life, a passion as strong as family and something that is enjoyed and passed down from generation to generation,” he said. “I am excited to be a part of Los Cheetahs’ inaugural game, bringing together my love for football and showcasing a whole new style of the sport — fútbol with a playful twist. I’m looking forward to bringing some of my best moves out of retirement.”

Following the November 8 game, Los Cheetahs will take their skills on the road throughout 2015 in select markets.

Cheetos Launches The Most Entertaining Futbol Club In The World added by Newsroom on October 29, 2014
View all posts by Newsroom →