By Newsroom on October 8, 2015Comments Off on Cheetos Mocks Cheesy Political Ads in Latest Spot in the US 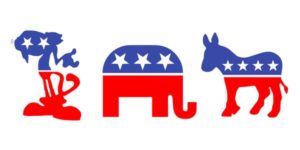 Created by Goodby Silverstein & Partners (GS&P), the short film features all of the stereotypical makings of a political ad – scenic shots of farmland, families happily waving as Chester’s branded campaign bus drives by, and voters showing their support from everyman locations like a diner and pick-up truck.

“I know what Chester wants,” he says as ‘Free Cheetos’ flashes across the screen in bold text, “because I am Chester.”

This isn’t the first time the Frito-Lay’s brand has had some fun using parodies in its ads. Earlier in 2015, it introduced its cinnamon-sugar flavoured ‘Sweetos’ with a series of videos that make fun of the tech industry’s use of over-the-top language in its advertising. 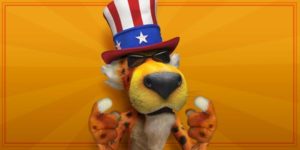 “We came up with a cinnamon-sugar flavour so forward thinking, you’ll swear it is tomorrow,” Chester says in one video. “They’re easily the newest new thing we’ve ever released.”

As part of its latest playful effort, followers of @ChesterCheetah’s Twitter will be encouraged to support him in his mayoral quest using the hashtag ‘#ChesterforChester’ as he rallies Americans to vote for the Orange Party.

Cheetos Mocks Cheesy Political Ads in Latest Spot in the US added by Newsroom on October 8, 2015
View all posts by Newsroom →