By Newsroom on March 7, 2018Comments Off on Coca-Cola Aims to Tackle the ‘Post-Lunch Slump’ in Global Campaign

Coca-Cola is launching a major campaign across key global markets, aimed at getting young people to drink the fizzy drink to avoid post-lunch fatigue.

The campaign focuses on the concept of ‘fizz up your afternoon’ – an insight that there’s a moment of lethargy after eating lunch – which was developed more than two years ago in Southeast Asia. This year it’s been widened out to more global markets and uses the idea of meme culture and social sharing to bring it up to date. 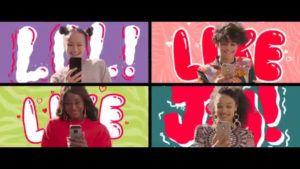 In the ad a group of young adults are in a cafe, with all but one drinking Coca-Cola. A bottle is opened under his nose and it awakes him at such force that he does a dance, the recording of which ends up going viral.

Pratik Thakar, head of creative content and design excellence at The Coca-Cola Company Asia, has led the project and says Coca-Cola’s mission is to take this idea of helping reinvigorate young people to a wider audience.

“We are not up against any particular category; we have understood a universal human insight around the ‘afternoon slump’ and we feel ice cold Coca-Cola is a perfect refreshment solution to fizz up your afternoon,” he explained to The Drum. “Our target audience lives in digitised world, social media and meme culture is a significant part of their everyday life. Our content is going to be living and spreading in social media environment – it needs to fit in easily and be relatable.”

He added: “Asia, Africa, Russia and Turkey have large teen and young adult population who didn’t grew up drinking ice-cold refreshments – they need to know ‘how Coke’s great taste and ice cold refreshment can be meaningful in fighting post lunch slump’.”

A bigger global remit has also resulted in an unusual grouping of markets working on the campaign. The Coca-Cola Company’s South East Asia Business Unit (HQ in Singapore) is leading the project, with Thakar at the helm, while the integrated creative agency is FCB Cape Town, who won the campaign after a pitch process. 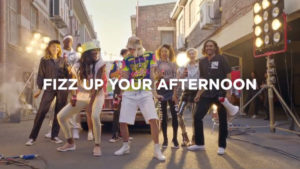 According to Thakar, geography isn’t a limiting factor for campaigns but rather the agency chosen is about finding the right partner for the project at hand.

“I gravitate towards great talent, irrespective of geography or big agency names,” he said. “We have partnered with many different creative partners from different markets – this is not the first case. Droga5 Sydney helped me create Share A Coke Emoticons campaign and Santo Miami helped me create Minute Maid South East Asia campaign. Two years back I worked with FCB South Africa team on very large global Coca-Cola from Atlanta, since than we were looking for a right opportunity to partner once again and create something awesome.”

With the theme of the ad being around viral or shareable moments, the concept had to appeal globally too. He added: “We were looking for an idea which can transcend different cultures and be relevant to everyone. Historically Coca-Cola content has tapped into universal insights and trends.”

Different markets were in the running for the location for the ad, according to Thakar, but FCB’s South Africa home was the final choice.

“We shot it in South Africa because Mike Barnwell [chief creative officer at FCB] found a great film director in Adrian De Sa Garces from Cape Town and he was equally passionate to work on brand Coke, and this particular creative idea. Adrian instantly became part of our core team. We did explore options of shooting it in Bangkok but during December, it’s summer time in SA: great sunlight and different locations in and around Cape Town provided the wide variety we needed for this story,” he explained. 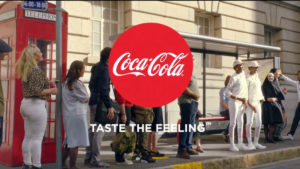 Thakar added that the key to success in a campaign that aims to inspire relevance in markets with different cultures is diversity in casting.

“Always global projects are more complex, especially managing cultural relevance and sensitivity. Mike and team at FCB did great job in developing the ‘meme’ story – something which lives in a ‘virtual world’ we all instantly understand and relate to,” he said. “Diversity of casting and global scale fits perfectly well with Coca-Cola’s brand values. I would love to see people drinking ice cold Coke and jigging, uploading their own stories, it has very good potential to go viral and live in a popular culture within social media.”

The campaign went live this week and will roll out over eight to 12 months in markets including the Caucasus, Russia and Central Asia (CIS), Pan Africa, Turkey and the entirety of Southeast Asia.

Coca-Cola Aims to Tackle the ‘Post-Lunch Slump’ in Global Campaign added by Newsroom on March 7, 2018
View all posts by Newsroom →