By Newsroom on November 2, 2016Comments Off on Costa Coffee Celebrates Baristas in Launch of New Promise & Biggest Push in Brand’s History

Costa Coffee launched its new promise, ‘Never a Dull Cup’, with its biggest ever campaign that premiered on October 8.

The promise builds on what has seen Costa become one of the UK’s favourite coffee shops, delivering handcrafted, barista-made coffee to over a million customers every day through over 2,000 stores and 20,000 baristas. 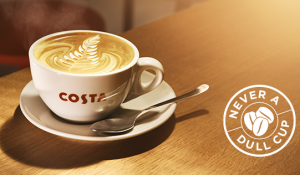 But while Britain is now undoubtedly a nation of coffee-lovers, Costa believes there is much more to do.  From shining a spotlight on unfamiliar drinks like Cortado through to bringing new coffee experiences to its customers, the launch of Costa’s new promise affirms its commitment to bringing exciting coffee to every customer who walks through its doors.

To mark the launch, Costa turned the spotlight on its baristas, the heroes of the company and the people who make that promise a reality. In the showcase TV spot, 170 Costa baristas are the enthusiastic audience for actor Javone Prince’s attempts to launch Costa’s new mission (despite some fairly unorthodox methods).

The spot was originally created as a film for baristas up and down the country, but was rolled out across TV, VOD, cinema and digital media from October 8, and was accompanied by outdoor, social, CRM and in-store activity. 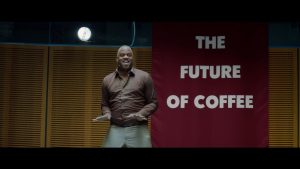 The campaign has been created by independent London agency, 101, and constitutes the agency’s first work for the brand. Media planning and buying was led by ZenithOptimedia, with further complimentary work in other channels being led by AnalogFolk, OneGreenBean, The Real Adventure and SP.

Throughout 2017, the campaign will look to extend into new product launches, digital innovation and further investment in-store – all aimed at making coffee interesting, exciting and accessible to all.

Costa Coffee UK Marketing Director, Caroline Harris, commented: “This is an exciting moment for Costa – the launch of our new promise, as well as the biggest campaign in the brand’s history, is just the start of what we have planned.  I’m particularly delighted to see our baristas take centre stage in our new TV commercial, as they really are the heroes of our business. In Costa’s 45-year history, our aim has always been to make better coffee available to more people and inspire them with the variety of coffee on offer.” 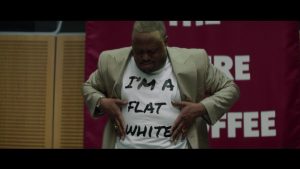 Comedian and actor Javone Prince, who features in the TV commercial, said: “It was inspiring to work with such an enthusiastic team; their passion for coffee is palpable. They take genuine pride in their work and I don’t blame them – there’s more to making a Flat White than meets the eye. I’m thrilled at how the advert has turned out – considering it stars real Costa baristas, their comedy timing was spot on!”

As part of its recommitment to create exciting coffee experiences for our customers, Costa has launched nationwide Flat White Masterclasses for Costa Coffee Club members. In addition, the next limited edition Old Paradise Street blend, OPS 17 is available in stores for customers to enjoy.