By Newsroom on November 30, 2016Comments Off on Crown Royal Launches New Campaign to Inspire Generosity on #GivingTuesday and Beyond

Since 2012, #GivingTuesday has come to represent a worldwide effort to inspire the spirit of giving during the holiday season, raising $116.7 million online just in 2015.

In celebration of that spirit, Crown Royal Canadian Whisky is proud to introduce its new campaign, titled “Live Generously and Life Will Treat You Royally.” With a mission to inspire generosity in all of its many forms, the campaign embodies the belief that a generous life is a life well-lived and that the road to royalty is paved with integrity, charity and passion.

Crown Royal’s generous roots can be traced back to its creation in 1939 when a Canadian spirits entrepreneur welcomed the visiting King and Queen of England with a one-of-a-kind gift: a blend of his fifty finest whiskies presented in an intricate decanter and the now-iconic purple bag. Seventy-seven years later, Crown Royal upholds its legacy of producing the finest whisky, while continuing philanthropic partnerships and honouring individuals with a noble spirit. 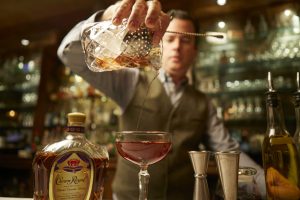 “Live Generously” is rooted in the belief that a magnanimous approach to life is infinitely rewarding. At a time when traditional symbols of status and luxury are increasingly unattainable, Crown Royal believes that generosity reigns supreme as the greatest status symbol of all. The campaign will be powered by The Generosity Engine, a proprietary data platform currently in beta, which looks to highlight and facilitate real-time acts of generosity across the country. As we examine the facets of generosity across America, the brand seeks to reward those who are living generously.

“The notion of generosity is at the heart of Crown Royal,” said Sophie Kelly, SVP of Marketing for Diageo North American Whiskies. “As one of America’s most-loved, most-shared and most-gifted whiskies, we have a fortunate role in culture and with this effort, we’re using our platform to put generosity on the throne where it belongs. We hope to inspire others to share their talents, their time, their resources or simply a smile.” 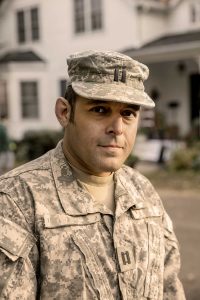 The launch comes at an exciting time for Crown Royal, as the brand experiences significant growth, due in part to successful new products such as Crown Royal Regal Apple and Crown Royal Northern Harvest Rye, and a continued emphasis on innovative marketing. As the category leader, Crown Royal sold 5.2 million nine-liter cases in 2015, an 18% increase over 2014, according to Impact Databank.

The “Live Generously” campaign will feature real people, places and moments that exemplify those who live generously, no matter how big or small. Some highlights include Dallas-based country musician Ray Johnston who received a lifesaving bone marrow transplant from a complete stranger and pays it forward by sharing the gift of music with local hospital patients; military hero Omar Valentine who serves as an ambassador for Atlanta-based Healing4Heroes, which connects wounded veterans with service dogs; and bartender Brian Floyd who created the Barman’s Fund to inspire his fellow barkeeps to donate their tips to local charities in their cities.

In celebration of our campaign launch on #GivingTuesday, Crown Royal is partnering with GoodWorld, a tech startup that fuels charitable giving on social media. Together we’re encouraging people to support worthy causes by commenting #donate on participating charities’ Facebook posts, tweeting #donate at a cause’s username or by signing up at GoodWorld.me to trigger real-time donations. 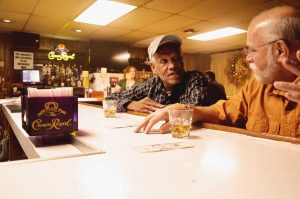 As an incentive, Crown Royal will donate $1 to our longstanding partners at Packages From Home for every person who registers with GoodWorld between #GivingTuesday and the end of the year, up to $50,000. Crown Royal and Packages From Home have worked together to send nearly half a million Crown Royal Care Packages to active duty troops overseas over the past five years.

“We’re incredibly proud of this work and our growing partnership with Crown Royal,” said Karina Wilsher, Anomaly New York CEO. “This is a true brand purpose. We want to inspire people to live with exceptional generosity. It’s something we should all do, now more than ever.”

And as the holiday season surrounds us with the spirit of giving, Crown Royal reminds drinkers that living generously means drinking responsibly or volunteering to be a designated driver.

Crown Royal Launches New Campaign to Inspire Generosity on #GivingTuesday and Beyond added by Newsroom on November 30, 2016
View all posts by Newsroom →