3rdspace and Crust Pizza have continued to evolve the gourmet pizza brand’s #outofthebox platform with the next chapter in the brand’s collaboration with Aussie DJ duo Peking Duk.

Continuing momentum from the initial campaign launch, 3rdspace has taken exclusive beats and samples created by Peking Duk and produced a Crust Beat Box for the brand’s VIPP customers. 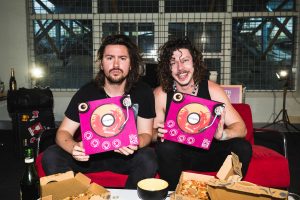 An exclusive Nova Red Room event followed, where Peking Duk played an private set to a crowd of Crust and Nova competition winners,  truly delivering on the holistic content partnership between the brand and the band.

In the next stage of the #outofthebox platform, launching across the country today, 3rdspace worked with Peking Duk to produce a range of beats and samples that feature on the Beat Box, allowing users to mix up their own tracks with Peking Duk beats.

The limited edition Beat Boxes are only available for a limited time in the lead up to Christmas while stocks last. Crust x Peking Duk’s Beat Box will be available for Crust VIPPs who make an online purchase of two large gourmet pizzas. 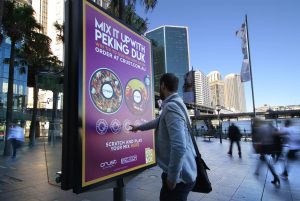 Rob Logan, founder and ideas director, 3rdspace said: “When creating content campaigns for clients we always think about what owned channels the business has, so creating a Beat Box served up in a pizza box featuring Peking Duk’s beats was a natural, innovative solution to maximise Crust’s owned media. This campaign element creates the full loop of content from social and digital, through to brand experience with the product, and then back to social – another #outofthebox experience.”

Zoe Jacovou, marketing manager, Crust said: “For Spring/Summer 2016 we wanted to live life out of the box and lay down an Australian first as part of this campaign. Working with 3rdspace and Peking Duk to produce bespoke samples for us to create Australia’s first Beat Box served up  in a pizza box, truly achieves this objective. The Beat Box will be available for a limited time only as an exclusive gift to our VIPPs – Very Important Pizza People.”