By Newsroom on January 12, 2018Comments Off on DDB Prague’s Photography Project Tells Stories of Everyday Life and Coffee for McDonald’s

Coffee plays a strong role as a unifying element in people’s lives. We go for coffee with friends to make plans and have the best ideas, and coffee helps us concentrate or just relax when we need it. That is why coffee – and especially stories about it – became the main inspiration for the new McCafé campaign from DDB Prague. 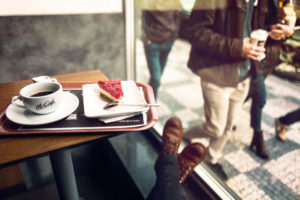 With people communicating in through visual means nowadays, rather than by means of spoken or written communication, the agency decided to work with the photographer Tomáš Třeštík for this project. Working with him they created a unique gallery of original works, capturing various coffee snapshots in his photographs. They called them the ‘McCafé Stories’. The collection was followed by a short film campaign, with scope for outdoor visuals and activations that can be extended to include photos taken by the general public. 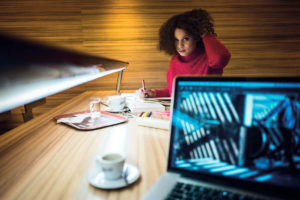 Tomáš is a well-known photographer. Having studied a photo at Film and TV School of the Academy of Performing Arts in Prague (FAMU), he makes his living capturing everyday stories. His photography tries to depict everyday life, what it is about and how it changes. His work endeavours to tell others’ stories through his eyes. His work is enjoyed around, by the tens of thousands who follow his Facebook feed. 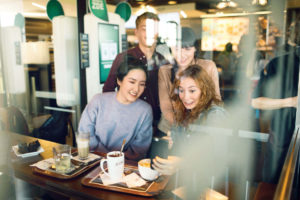 The ‘McCafé Stories’ project has several parts. One of them is the collection of photographs themselves, capturing the moments and stories associated with coffee, and the agency want to use and develop it further.

In January, DDB are planning to hold an exhibition of signed originals to be followed by an auction, the proceeds of which will be donated to the Ronald McDonald House foundation collection fund, whose mission is to provide “home away from home” to family members of long-term hospitalised children at the Motol Faculty Hospital. Prints of the photographs will also appear in selected McCafé restaurants. 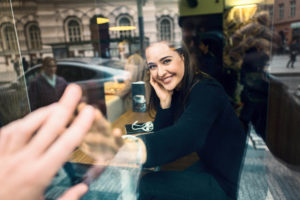 The second part is a documentary showing the customers how Tomáš captures his interesting coffee snapshots, and the third part is the Instagram activation, where customers can post their versions on the topic of coffee stories under the #mccafestories hashtag. Tomáš will choose the most interesting ones from the photos received, and their authors will be invited to visit his photographic workshop.

This is a long-term concept intended to strengthen the perception of McCafé as a pleasant place where stories happen. DDB’s partnership with Tomáš is set to continue.

To learn more about the project, please visit the online gallery covering the whole campaign.

DDB Prague’s Photography Project Tells Stories of Everyday Life and Coffee for McDonald’s added by Newsroom on January 12, 2018
View all posts by Newsroom →