By Newsroom on October 3, 2018Comments Off on DEWAR’s and Panda & Sons Take-Over The Vault at Milroy’s of Soho to Kick off London Cocktail Week 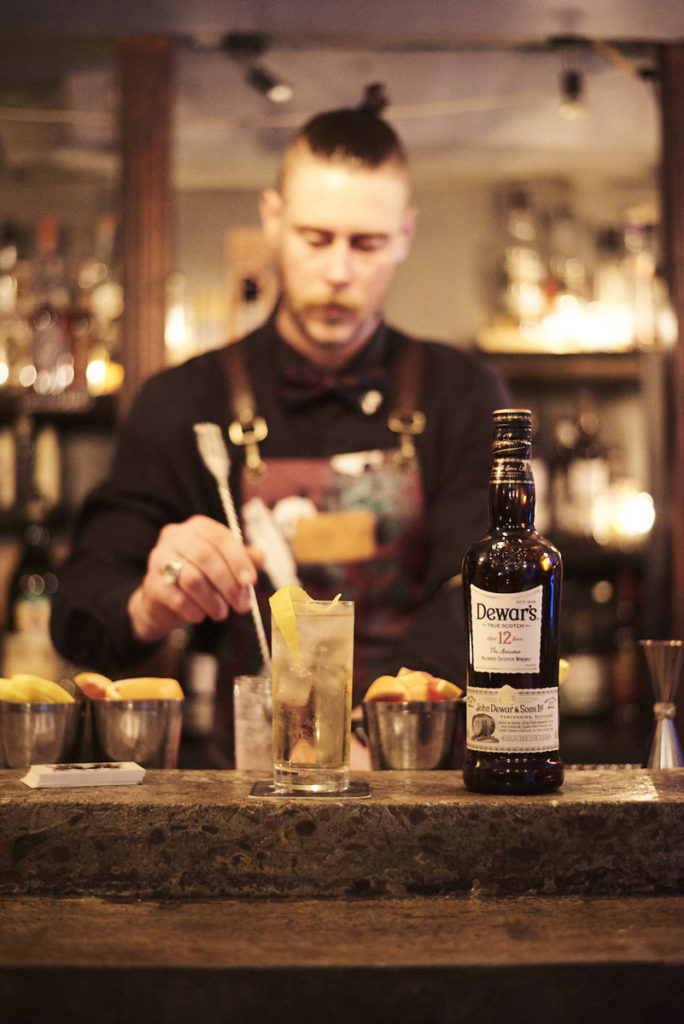 On October 2, DEWAR’s Scotch Whisky, kicked off London Cocktail Week with a ‘Highball Hustle’ hosted at The Vault, underneath Milroy’s of Soho, the oldest whisky store in London. Guests were treated to range of specially created DEWAR’s cocktails, including the DEWAR’s Original Highball.

The highball – a perfectly balanced combination of blended whisky and soda – a refreshing and low-calorie alternative to beer, is currently enjoying a resurgence in the UK, following its popularity in Japan.

Tommy Dewar, son of DEWAR’s founder, John Dewar, was the original pioneer of the Scotch Highball, popularising and trademarking the drink through the 1890’s and 1900’s.

Bartenders Panda & Sons – talented Edinburgh favourites – created a menu for the evening, pulling off modern twists on the beloved classic highball, including the Rob Rose, created with MARTINI Rubino and the High Todd with fresh lemon juice and honey.

Of the take-over, European Brand Ambassador Andrea Montague said, “We’re thrilled to be working with the team at Panda & Sons during one of the most important cocktail calendar dates of the year. The bartenders’ quirky style fits perfectly with the playful nature of DEWAR’s whisky and they never fail to create delicious cocktails!”

DEWAR’s smooth tasting range is double-aged for extra smoothness, making it an unbeatable choice for a perfectly balanced highball.

DEWAR’s and Panda & Sons Take-Over The Vault at Milroy’s of Soho to Kick off London Cocktail Week added by Newsroom on October 3, 2018
View all posts by Newsroom →