By Newsroom on July 30, 2015Comments Off on Diageo After White Rum Sector with £1m Captain Morgan White Rum Push

Diageo is taking aim at white rum drinkers with the launch of a £1m for its Captain Morgan brand.

White rum remains the largest rum segment with a 41 per cent value share and Captain Morgan is hoping the new marketing push for its latest variant will drive mass awareness, and build on the brand’s existing position within the category.

The above the line campaign hit Facebook on July 29 and will appear on TV screens August 3. 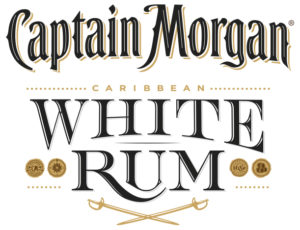 A series of adverts aim to deliver the message that ‘White Rum has a New Captain’ and the campaign will also see Captain Morgan partner with BuzzFeed to provide content to reach an estimated 18m consumers per month.

Claire McQuattie, head of Captain Morgan marketing for Western Europe, said the campaign will work to create new news in the largest segment of rum and “add excitement” to the category.

Rum is responsible for 21 per cent of the spirits category value growth and the category is worth £845m in the UK. Captain Morgan attracted 123 per cent more new shoppers in Great Britain this year compared to last year in the off trade.